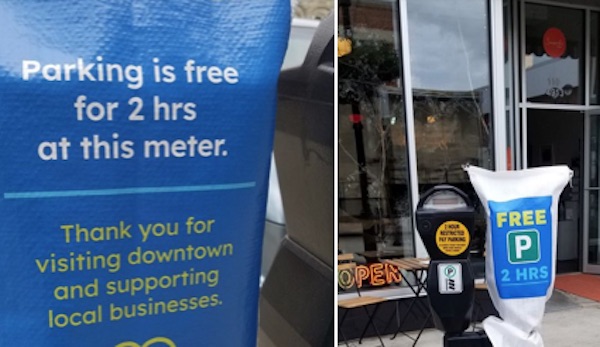 Free temporary parking returns to 215 stalls in Red Deer, offering easier access to downtown businesses for the remainder of 2022.

Starting Wednesday, March 23, drivers will notice one in every five meters covered with a bag that states, “FREE PARKING 2 HRS”. The meters are located throughout downtown, wherever metered parking exists.

“By reinstating temporary free parking options, we hope to reduce barriers and encourage frequent visits to downtown businesses and attractions,” said Erin Stuart, Inspections and Licensing Manager. “This initiative aims to increase the vibrancy of the downtown core while demonstrating The City’s desire to support local businesses through their post-pandemic recovery.”

The initiative continues through December 31, 2022. More

More from this author
Business / 7 hours ago 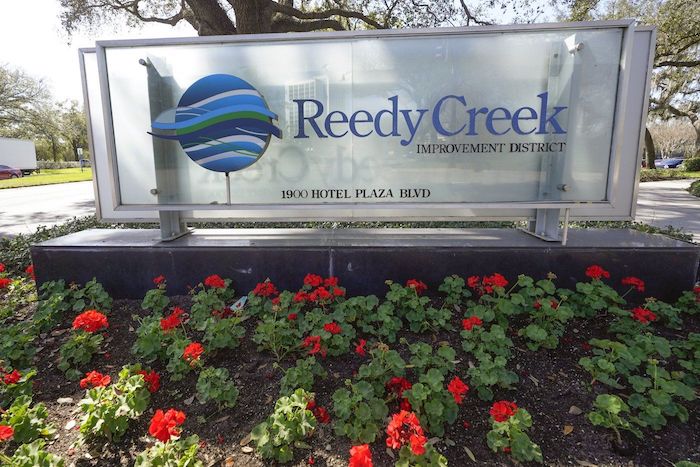 By Mike Schneider in Orlando

ORLANDO, Fla. (AP) — Disney’s government in Florida has been the envy of any private business, with its unprecedented powers in deciding what to build and how to build it at the Walt Disney World Resort, issuing bonds and holding the ability to build its own nuclear plant if it wanted.

Those days are numbered as a new bill released this week puts the entertainment giant’s district firmly in the control of Florida’s governor and legislative leaders in what some see as punishment for Disney’s opposition to the so-called “Don’t Say Gay” lawchampioned by Republican Gov. Ron DeSantis and the Republican-controlled Legislature.

“Disney won’t like it because they’re not in control,” said Richard Foglesong, professor emeritus at Rollins College, who wrote a definitive account of Disney’s Reedy Creek Improvement Districtin his book, “Married to the Mouse: Walt Disney World and Orlando.”

With that loss of control comes an uncertainty about how Disney’s revamped government and Walt Disney World, which it governs, will work together — whether the left hand always will be in sync with the right hand as it has been with the company overseeing both entities.

The uniqueness of Disney’ government, where building inspectors examine black box structures holding thrill rides instead of office buildings, also complicates matters. The district essentially runs a midsize city. On any given day, as many as 350,000 people are on Disney World’s 27,000 acres (11,000 hectares) as theme park visitors, overnight hotel guests or employees. The 55-year-old district has to manage the traffic, dispose of the waste and control the plentiful mosquitoes.

“What kind of control is preferable? Control by a private business or corporation, or control by appointed officials, appointed by governor of the state?” Foglesong said. “Will they have the expertise to be able to make the new district work as efficiently as the old district works?”

The bill prohibits anybody who has worked or had a contract with a theme park or entertainment complex in the past three years, or their relatives, from serving on the revamped district’s board of supervisors, a prohibition that some experts say eliminates people with expertise in the field.

“This was a provision I requested,” Hawkins said. “We want to try to avoid any conflicts of interest of the new board members.”

Under the bill’s proposals, Florida’s governor appoints the five-member board of supervisors to the renamed Central Florida Tourism Oversight District instead of Disney. Limits would be placed on the district’s autonomy by making it subject to oversight and regulation by state agencies, and it would be unable to adopt any codes that conflict with state regulations. The district also would no longer have the ability, if it wanted, to own and operate an airport, stadium, convention center or nuclear power plant.

DeSantis started gunning for Disney’s private government last year when the entertainment giant publicly opposed what critics call the “Don’t Say Gay” law, which bars instruction on sexual orientation, gender identity and other lessons deemed not age-appropriate in kindergarten through third grade. Republican critics of the Disney district also argued it has given the company an unfair advantage over rivals in issuing bonds and financing expansion.

The Legislature passed a bill last year to dissolve the Disney government by June 2023.

Lawmakers are meeting this week for a special session to complete the state takeover of the district and approve other key conservative priorities of the governor on immigration and voter fraud. A Senate committee approved separate bills Tuesday to expand the governor’s migrant relocation program and allow the statewide prosecutor to bring election crime charges.

Florida Rep. Anna Eskamani, a Democrat from Orlando, calledthe Disney bill on Monday a “power grab” by DeSantis, a potential 2024 presidential candidate who has emerged as a fierce opponent of what he describes as “woke” policies on race, gender and public health. Such positions endear him to the GOP’s conservative base but threaten to alienate independents and moderate voters in both parties who are influential in presidential politics.

The changes proposed in the legislation were welcomed by at least one group of Reedy Creek employees — firefighters who have clashed in the past with district leaders. Tim Stromsnes, a spokesperson for Reedy Creek Professional Firefighters Local 2117, said all the current board cares about is “bonds and low-interest loans for building Disney infrastructure, and zero about treating its employees fairly.”

“We think they are going to be more receptive to first responders,” Stomsnes said Tuesday of the proposed new board. “They’re calling the governor a fascist for doing this … but he is actually fixing a fascist, Disney-owned government.”

To the relief of taxpayers in neighboring Orange and Osceola counties, the district won’t be dissolved, a prospect that had raised fears that the counties would have to absorb the district’s responsibilities and raise property taxes significantly. The Reedy Creek Improvement District has more than $1 billion in bond debt.

In a statement, Orange County said officials were monitoring the bill.

Foglesong expects a legal challenge should the bill pass. Disney didn’t respond to an inquiry asking about any potential lawsuits.

“Disney works under a number of different models and jurisdictions around the world, and regardless of the outcome, we remain committed to providing the highest quality experience for the millions of guests who visit each year,” Jeff Vahle, president of Walt Disney World Resort, said in a statement.

Disney could make an argument that their rights as a private business are being undermined, Foglesong said. 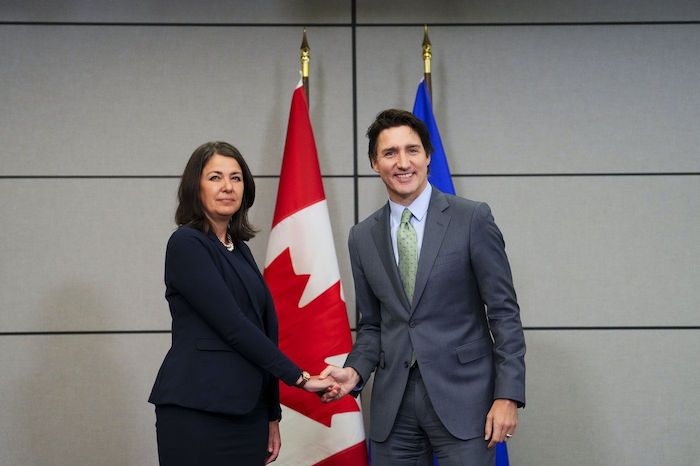 The short meeting began with Trudeau reaching down to shake hands, with Smith offering a hesitant palm down hand in return, prompting Trudeau to take it and hold it in place with his thumb on top as the cameras clicked and whirred.

Smith, in Ottawa with other premiers for talks on health-care funding, faces an election this spring after successfully harnessing party anger with Trudeau to win the UCP leadership race to become premier.

She has disparaged Trudeau’s government as not a true national government and passed controversial legislation granting her government power to direct provincial agencies to ignore federal laws.

She has accused Trudeau of trying to decimate Alberta’s oil and gas industry with his green transition legislation, but now says she wants to at least try to work collaboratively.