“At Large” versus “Ward” municipal governance.

A year from now, October 16, 2017 there will be a municipal election and the citizens of Red Deer will vote for (1) mayor, (8) city councillors, (7) public school trustees, and (5) separate school trustees.

Red Deer uses the “At Large” system for voting so you have the option of voting for all positions mayor, councillors and school trustees either public or separate. 16 spots or 14 spots respectively.

The huge advantage of the current “At Large” system falls to and gives advantage to the incumbents and then to the more wealthier campaigns,

It takes money to advertise to every household in the city, so naturally you will find that the wealthier candidates more often than not live in the wealthier neighbourhoods. It is less expensive and easier for the city staff and management to deal with councillors, at large, in bulk than it would be to deal with the ward system and on individual basis. There is I have been told less infighting among councillors, perhaps because they have more in common, under the at large system than under the ward system.

The advantage of the “Ward” system is that poorer neighbourhoods get equal representation. The citizens are closer to their elected officials and poorer candidates have smaller areas to cover. The city staff will have to refine their method of dealing with councillors in regards to neighbourhood issues.

There are pros and cons to both system, and we had a plebiscite on the issue during the 2013 municipal election. 71% voted to remain with the “At Large” system, feeling that Red Deer is still small enough to stay with this, the current system. The city council incumbents voted to budget $30,000 to inform the electorate of the issue, which was heavily in favor of the current system. They held an open house with a heavy leaning to the current system with just one local person, Larry Pimm, speaking a popular former councillor, known for and speaking for the “At Large” system.

I believe that by looking at the city today, the current system has systematically and historically failed one third of our city.

One third of our city lives north of the river and they are represented by 1 person out of 9 at city hall. Out of 7 indoor ice rinks and 4 aquatic centres in Red Deer, they have 1 north of the river and the latest buildings are being built or planned south of the river. When it comes to school boards, the city has, is building and planning 6 high schools, all on the south side and 5 high schools are unbelievably along 30 Avenue. So 1/3 of the population gets shafted and has been since merging with the city nearly 70 years ago.

Let us get back to voting. In 2013 we had 56 candidates for 21 spots and naturally most incumbents who ran won. How can anyone know and understand the positions of 56 candidates. Many would like one or 2 newcomers, vote for them and fill the rest with known incumbents. They are sabotaging the chances of newcomers by voting and electing their opposition.

Each ward would elect 2 councillors, perhaps the school boards would adopt the ward system, so the public school board could for example. have 2 trustees from each ward, and the mayor would be elected city wide.

Perhaps under the ward system, with representation at the table, using my previous arguments, the residents living north of the river will actually get a new indoor ice rink, swimming pool and perhaps (dare I dream),their own high school. One can only dream.

Lately, there has been some voices out of city hall, demanding to be recognized as a big city and to be included in the “Big City Charter” and the extra money and power associated with it. Incidentally the cities covered by the big city charter currently use the ward system.

Should we hold another plebiscite, asking that our councillors represent their neighbours, should we ask that school board trustees represent the neighbourhood families, should we take the step to recognize that Red Deer is now a big city and not that small town anymore, and prepare for and govern like a big city.

2017 will see a few candidates run against the incumbent mayor but we may see in excess of 30 candidates run for city council and in excess of 20 candidates running for one of the 2 school boards’ trustee positions. Under the current system we will again see governing concentrating their attention in the same areas like downtown or the east hill. We will continue to ignore the needs of residents living in neighbourhoods like those north of the river.

“At Large” is an ideal that fails when reality is involved, the “Ward” system is a flawed ideal that may best represent our reality. What would do you think? It is your home. Thank you.

Red Deer does not have to feel “Disconnected”. Here’s how. 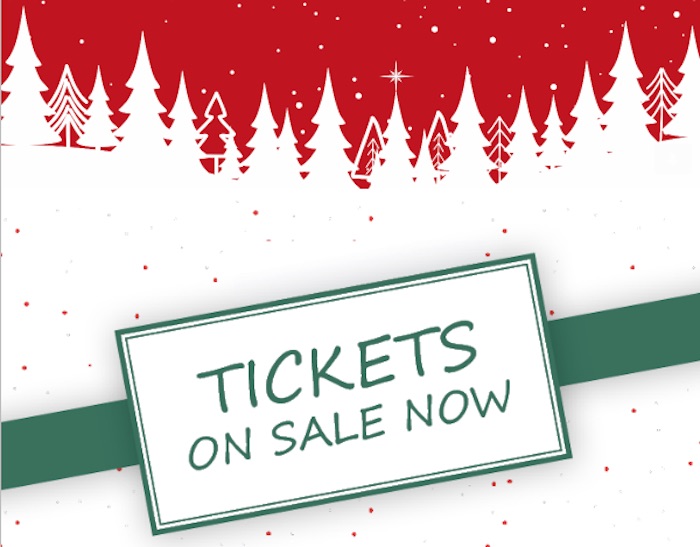 Tickets on sale! The Red Deer Kinsmen Dream Home Lottery is back for 2022 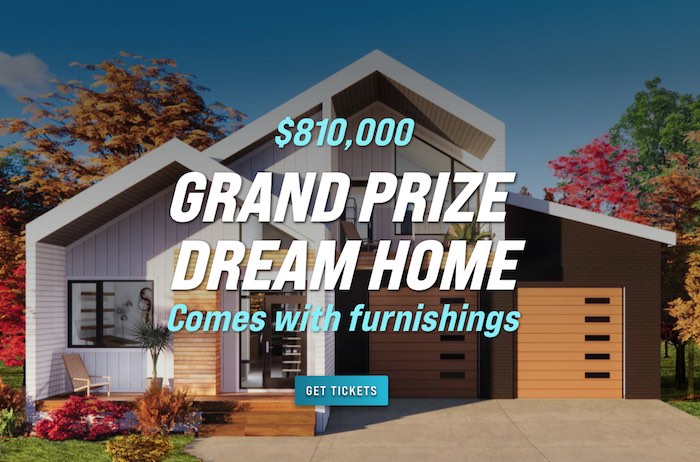 “The Dream Home Lottery is the cornerstone of the Red Deer Kinsmen’s contribution to the community’s greatest needs. Many of the new playgrounds and sporting facilities you see are funded completely or partially with funds raised by the Lottery” – Leonard Sisco, Lottery Chairperson.

This year’s lottery is offering 117 amazing prizes valued at over $900,000. The Grand Prize Dream Home by Alair Homes is in the community of Timberlands
and is valued at $810,000, including furnishings. It features a Scandinavian modern style with vaulted ceilings, a private upstairs master retreat with its
own south-facing balcony, and 2 sizeable bedrooms on the main floor. To encourage supporters to buy their tickets early, there is a brand-new Buick Encore GX AWD OR $25,000 up for grabs as an Early Bird prize. The deadline to qualify for this additional Early Bird draw is December 29th

Other amazing prizes include vacations, epic experiences, home renovation packages, exercise equipment, and much, much more.

Also back again this year is the ever-popular 50/50 Cash Raffle where one lucky ticket holder will take home half of the total ticket sales. Last year’s winner took
home a whopping $157,395 in cash.

The final ticket deadline for both lotteries is February 2nd. The final draws will be held February 16, 2023.

Tickets can be purchased online at reddeerkinsmenlottery.com or by calling 1.833.511.3863.

• This is the 42nd year of the lottery and the 41st Dream Home. Support local and have a chance to win!

• 117 prizes worth over $900,000 to be won!
• Prizes include vacations, home renovations, epic experiences, exercise equipment, tech, cash, and so much more!

• Win half of an ever-increasing jackpot!
• Tickets are easy to buy – 1 for $10, 10 for $25, 25 for $50 or 50 for $75. Purchasers are not required to purchase a ticket in the Red Deer Kinsmen Dream Home Lottery to purchase tickets in the 50/50 Cash Raffle lottery.
• For a list of charities that benefit from the 50/50 Cash Raffle, please visit reddeerkinsmen.com

Since 1937 The Red Deer Kinsmen have helped support a multitude of local charities and initiatives in the Red Deer community and surrounding areas. The need is greater than ever this year. Proceeds raised from our generous supporters help improve the lives of thousands of in our community. Go to https://reddeerkinsmenlottery.com/cause/ for a full list of our partners. 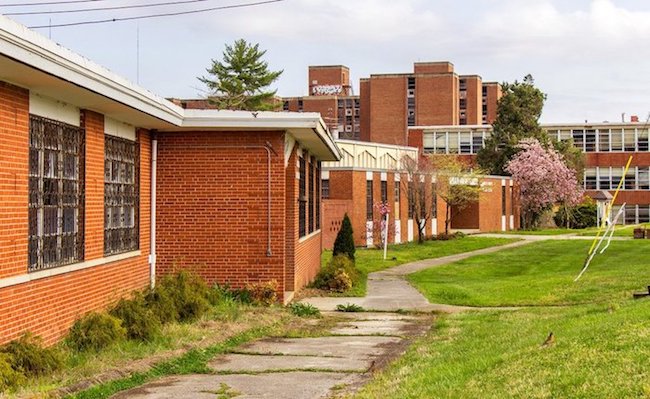 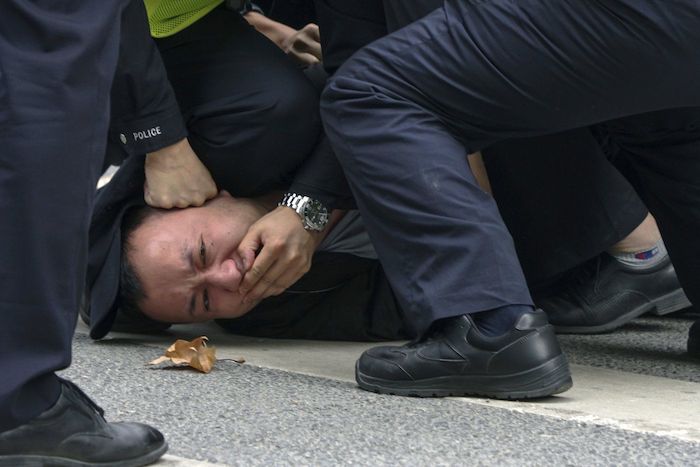