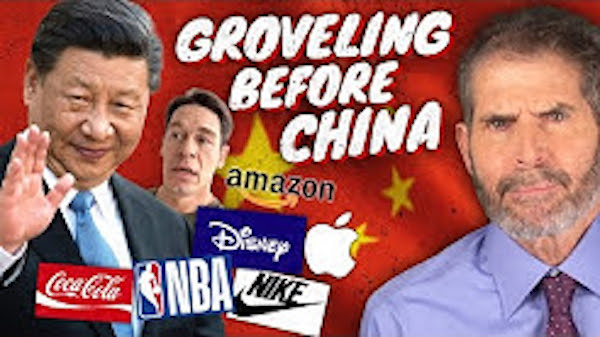 The NBA, Hollywood and many big companies make ads saying “speak up on injustice.” Yet they’re happy to ignore atrocities committed by China, because they want the money.

The NBA runs ads saying the league speaks for “the people who may not be able to be heard.”

One general manager tweeted, “Fight for Freedom. Stand with Hong Kong.” That’s a good thing to say, since China is crushing freedom in Hong Kong. But the NBA apologized profusely, afraid that China might be offended. Hollywood grovels before China too.

Actor John Cena innocently called Taiwan a country. China insists Taiwan is not a country, but a territory the Chinese own. Fearing his movie would be banned in China, Cena released a video begging China for forgiveness.

Sadly, there are few examples of bravery. We highlight one important one.

To make sure you see the new weekly video from Stossel TV, sign up here: https://www.johnstossel.com/#subscribe