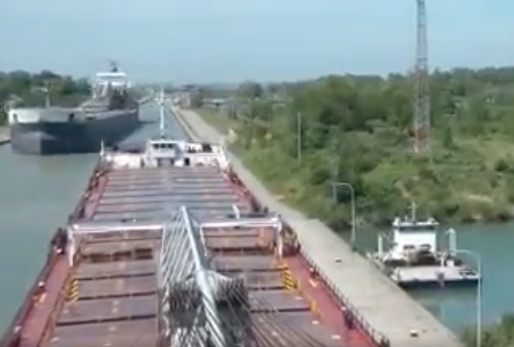 Sometimes we like to give you a visual treat, just because you deserve it.
Here’s an amazing short video from the Facebook page of Professor de Fisica.  Professor de Fiscia has garnered over a half million followers who enjoy his posts about many of the scientific, engineering, and natural wonders of the world.  It’s definitely worth a look.  Here’s a post featuring an engineering marvel in Canada.

Travel Pass would rebate Albertans up to $200 for staycations

Smoking, vaping to be banned on trails, sidewalks in Alberta mountain town 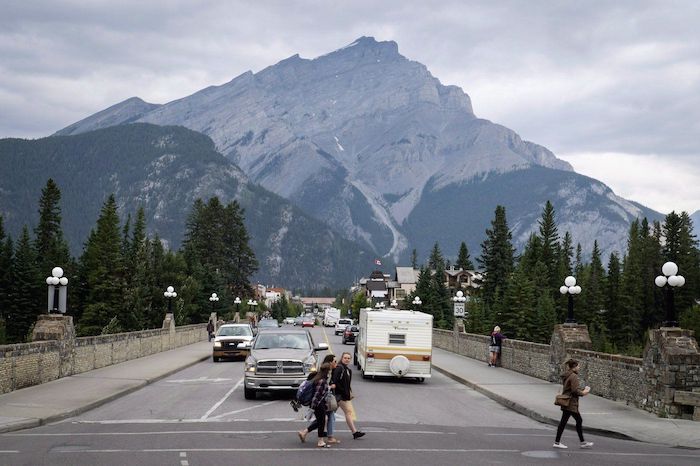 Banff – An Alberta mountain town has passed a bylaw banning smoking and vaping in most public places.

The bylaw in Banff, which comes into effect in February, prohibits tobacco smoking and vaping in its municipal parks and green spaces, on trails and pathways and at outdoor markets and events.

The bylaw also covers bus stops and public sidewalks and in proximity to children.

That means smoking or vaping tobacco in the town, which is located in Banff National Park, would be limited to parking lots, alleys and on private property.

There is an exemption for the ceremonial use of tobacco for traditional Indigenous practices.

The bylaw carries fines between $250 and $500 for violations.

This report by The Canadian Press was first published Dec. 14, 2022. 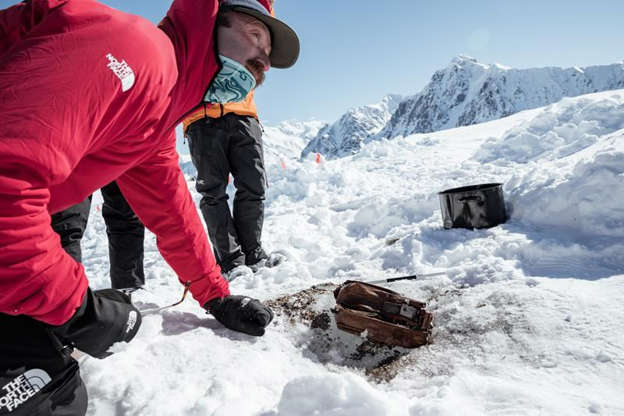 KLUANE NATIONAL PARK AND RESERVE — A cache of equipment belonging to explorer Bradford Washburn, including three of his cameras, has been retrieved from a Yukon glacier after 85 years.

Now conservation specialists are going to see if they can recover any images from film that’s still inside two of them.

Even if the film has nothing to reveal, the team that uncovered the cache says the find helps create a new, clearer picture for researchers on how glaciers have moved over the decades.

In 1937, Washburn, an American mountaineer who pioneered the use of aerial photography, and Robert Bates left an estimated 450 kilograms of gear at their remote base camp on Walsh glacier before setting off to climb nearby Mount Lucania.

Bad conditions meant two other climbers who were supposed to come along were unable to start and Washburn and Bates had to travel as light as possible.

The pair successfully climbed the mountain — the second-highest located entirely within Canada — but never returned to camp to get their things.

It wouldn’t be until 2020 that professional big-mountain skier Griffin Post read about Washburn’s lost cache and began plotting a way to track it down.

“In the back of my mind it just stuck with me — well, what if it’s not at the bottom of a crevasse? What if it’s just there, and nobody’s really taken the time to try to find it?” he said.

Post spent 18 months scouring old photos of the base camp that had survived Washburn’s trip to try and match mountains in the background with modern topography.

Those GPS co-ordinates became the starting point of the search, but on a 50-kilometre-wide moving glacier, that was not going to be enough.

To help pinpoint where the cache was now after 85 years, the team brought in Dora Medrzycka, a PhD student in glaciology.

“Before leaving to the field, all we had access to was satellite data … and really for that we have data that goes back to 2010 or 2000, at the most,” Medrzycka said.

“So we’re trying to estimate how far the glacier moved over 85 years, yet we only have data for part of that. So that complicated everything.”

And the glacier itself didn’t make it easy.

Medrzycka said Walsh is a rare “surging glacier” that can periodically pick up speeds of as much as 10 to 100 metres a day, compared to an ordinary glacier that moves at a relatively steady pace of less than one metre a day.

It wasn’t until Day 6 of the team’s second trip to the glacier this August that Medrzycka had a breakthrough. She noticed a long band of debris that travelled the glacier’s entire length with the exception of two gaps.

“I told myself, each of those gaps is a surge, whatever is in between is that period where the glacier is just flowing normally,” she said.

With that additional data, Medrzycka was able to calculate a new spot to search, about two kilometres from where they had been focused.

That’s where they spotted a fuel can and a pair of goggles.

“That moment was just like, such disbelief. It’s funny, of course you’re fascinated and you want to look at the objects, but my first reaction was to give one of the crew members a hug,” Post said.

Looking at old photos of Washburn’s trip, Post realized that what they’d found was not the central base camp but a smaller advance camp the men had used.

Seven kilometres from the first items, they uncovered what’s left of the larger cache complete with tents, ice axes, skis and the cameras from 85 years ago.

“There were absolutely no thoughts. I think we were just yelling and laughing and everybody was completely ecstatic,” Medrzycka said.

The team was not permitted to remove anything found on the glacier but alerted Parks Canada, which sent staff up three weeks later.

When they arrived, 30 centimetres of snow had fallen, completely covering the find.

An ice axe, ski binding and fragments of clothing were among the two dozen items brought out from the cache along with two motion picture cameras and a significant portion of an aerial still camera.

Thomson said both of the movie cameras still have film inside and experts are going to see if they can figure out how to develop the images.

“Right now, all of the artifacts are with our conservation specialists in Ottawa and in Winnipeg and we are following up on the potential for recovering any images from that film,” she said.

“The conservators are reaching out to other experts in that area internationally to just find out what’s possible and look for methods of analysis that might yield some images on that film.”

Regardless of whether images are recovered or not, Medrzycka said the discovery of the cache gives scientists a more detailed understanding of how glaciers move.

“We could trace that path that was travelled by the cache since the ’30s and we could determine how much the glacier moved in 85 years,” she said.

“And then, if we combine that information with the satellite data, with the aerial photography that we have, including Washburn’s photos, we can then try to figure out how the flow has been changing.”

Post, who is making a movie about the experience, said the realist in him recognizes that recovering images is unlikely, but that doesn’t mean he’s not holding out hope.

“It surviving 85 years on a glacier and being recoverable was also unlikely. I think it’d be pretty special to have that footage from 85 years ago, regardless of what’s on it.”

— By Ashley Joannou in Vancouver

This report by The Canadian Press was first published Oct. 28, 2022.