This is an exert from a newsletter by Danielle Smith.  Click here to register to receive Danielle’s future newsletters.

During the Stampede I met a pollster doing some polling on the equalization referendum in the fall. It has me worried. If the vote were held today there would be a lot of undecided. While it would likely still pass, we need the vote to be resounding so there can be no mistake how Albertans feel they are being treated.

For those of us who are diehard activists, voting “Yes” to remove equalization from the Constitution is a no brainer. When Brian Jean first proposed it I thought it was a waste of time. What’s is the point of having the province vote on a federal program? I initially thought. 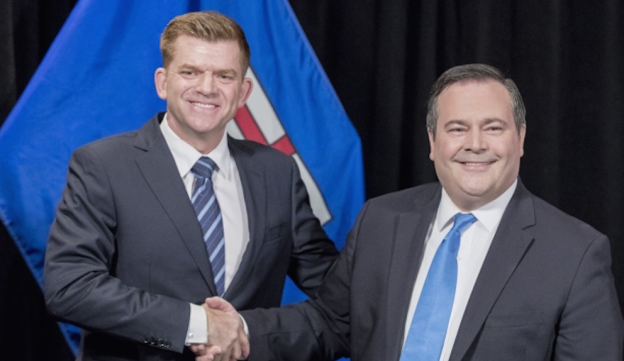 Then Jean explained it to me in an interview and I thought the strategy was brilliant. By voting yes to delete a section of the Constitution it gets the ball rolling for a bigger conversation about Alberta’s role in Confederation. Under our parliamentary system – advised by court rulings and conventions – constitutional scholars say a “yes” vote will initiate a process that will unroll across the country. The federal government will be obligated to negotiate with Alberta in good faith and the other provincial legislatures will be compelled to consider a similar question in their provincial legislatures.

Here’s how it would work…

Here’s what could happen if we have a yes vote.

Admittedly, this is an unlikely outcome. I think we could convince AB, BC, SK, ON and NF that we are all being similarly hosed under the existing equalization program, but how would you ever convince net recipients such as QC, NS, PEI, NB and MB? Still, it would get a national conversation going about why the net payers are so frustrated.

I told you I went to the Fairness Alberta breakfast over the Stampede. Executive Director Bill Bewick is doing a terrific job digging into the numbers and explaining how absurd the entire program is.

Consider this: Newfoundland and Labrador is on the brink of bankruptcy and doesn’t qualify for equalization. Quebec has been running surpluses and paying down debt and they receive $10 billion from the program.

If I had my druthers, my starting point would be that only small provinces should be allowed to qualify for equalization. I think PEI has it particularly tough – attempting to run all the provincial programs that are available in other provinces with a population the size of Red Deer. Providing a top up for provinces in this situation is what the program should be all about. I want Islanders to have the same quality of health care, education, social services and infrastructure as we do.

But we need to be frank about this. The equalization formula has been manipulated and massaged mainly so federal politicians can give money to Quebec. Maybe it began with good intentions, as francophones began to assert themselves and their right to operate their businesses primarily in French and needed a hand up to catch up. Maybe it was justified when Quebeckers were sharply divided on whether it was worth it to stay in Canada, as evidenced by the 50-50 referendum result in 1995.

Quebec is taking advantage of our goodwill…

Last week, Quebec’s Environment Minister Benoit Charette announced that Quebec would be rejecting a $14 billion project that would have seen GNL Quebec bring liquefied natural gas from Western Canada – principally Alberta – to Port Saguenay, Quebec so it could be exported on to Europe and Asia. Charette said it did not meet his standards for the environment: 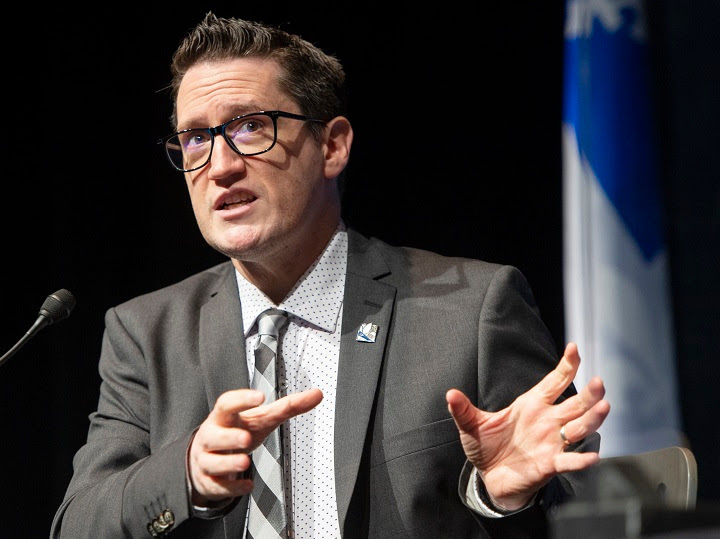 “The promoter has not succeeded in demonstrating this, on the contrary,” he said, adding that the government is worried it would discourage natural gas buyers in Europe and Asia from moving to cleaner energy sources. “This is a project that has more disadvantages than advantages.”This is truly the last straw for me. If the Quebec government hates our energy industry this much and is actively working to destroy our natural gas industry I’m done with appeasement.

On the contrary, Minister…

Liquefied natural gas offers the best opportunity to reduce greenhouse gas emissions around the world. It is already “the cleaner burning fuel” as the ads used to say when I was growing up. It can easily replace coal in power plants and reduce greenhouse gas emissions in both China and India (which are adding coal-fired powerplants at a rate that dramatically exceeds the addition of wind and solar power everywhere in the world). Coupled with carbon capture and storage (underground) or utilization (for useful products including carbon nanofibre, concrete, industrial minerals, alcohol and ethylene) the greenhouse gas emissions problem can be solved. It is also going to be the base fuel for the new and emerging hydrogen economy, which will power all the heavy transportation we need to continue operating our global trade economy – marine vessels, trucks, trains, maybe even airplanes one day.

I am tired of placating the fantasy that our modern industrial economy is going to be powered by wind and solar and nothing else. Yes, hydrogen now offers a meaningful way for wind and solar to store the energy they produce, finally moving them towards being a reliable source of energy for our power grid. But once you’ve generated hydrogen at a wind or solar site, how do you transport it anywhere so it can be used for other purposes? The natural gas business can move it in pipelines. You can’t move hydrogen on powerlines.

If Quebec wants to interfere with the development of our resources, damage our economy and cost us jobs, I refuse to send them any more of our money. We cannot continue being economically hobbled by Quebec and damaged by federal government policy and expected to keep on shipping out dollars to Quebec. I would be delighted to see a financially independent, strong Quebec paying for their subsidized day care all on their own.

If they want to stand on their own two feet, bravo, let’s help them out. Let’s cut off the money pipeline.

Fairness Alberta has said three simple changes could cut the cost of the program in half and make sure Quebec is cut off almost entirely.

None of this negotiation can happen unless Albertans send a strong message that they have had it with the status quo.

Voting yes in the referendum means you are voting to eliminate or renegotiate. Voting no means you are happy being treated as the doormat of Confederation. Vote yes and make sure to tell your neighbours and friends to also.

Because as Bill points out on his Fairness Alberta website, this particular program is only one way that extra money gets transferred out of Alberta. As of 2019, Alberta has transferred nearly $325 billion to the rest of the country. We have to start changing this. Equalization is just the start.

Nurses vs. MLAs: A Real Solution

More from this author
City of Red Deer / 19 hours ago

In a jump-off with Mexico’s Carlos Hank Guerreiro and Australian Katie Laurie, Deslauriers and the 12-year-old mare didn’t put a rail down and topped the leaderboard with a time of 53.05 seconds.

Deslauriers said Bardolina 2 can be difficult to ride, but she was on her game Saturday in Calgary.

“Today, she jumped incredible,” Deslauriers said. “She was straight like an arrow and she jumped beautiful.”

Deslauriers and Bardolina 2 were Canada’s lone show jumping entry in the summer’s Tokyo Olympics where the duo placed 22nd.

“She was very good I think in the medal round (there),” Deslauriers said. “She had two fences down that were very cheap, but overall she jumped super well.

“Before she came here, she had to do three weeks quarantine because I was over my limit when I came back from Europe.

“Really, I jumped her one time at home, she got in the truck and came here, so I think she’s matured a lot. I can count on her. I don’t need to practise so much any more.”

Deslauriers, 56, is from Saint-Jean, Que., but lives in New York.

The North American is the last of three September tournaments totalling $5.6 million in prize money.

Mother and child lived in same complex as man charged in their murders: Alberta RCMP

HINTON, Alta. — RCMP in Alberta say a man charged in the deaths of a woman and her 16-month-old toddler lived in the same apartment complex as the victims, but otherwise had no connection to them.

Police say in a news release that Robert Keith Major, 53, from Hinton, Alta., has been charged with two counts of second-degree murder and one count of indignity to human remains.

Mounties in Hinton have said the bodies of the 24-year-old woman and her child were found after they’d been reported missing on Thursday night from the community 290 kilometres west of Edmonton.

Police say they are not releasing the names of the woman and child out of respect for the wishes of the family, adding the family has asked for privacy to grieve.

They say they are not seeking any other suspects in the case.

Major remains in custody and will appear in Edson provincial court on Tuesday.