The Senior Rustlers move to 8-3 in inaugural NCHL season

The Red Deer Senior Rustlers kept pace in the North Central Hockey League standings on Saturday night with a 6-2 victory over the visiting Eckville Eagles.

The Rustlers earned their second straight win, avenging a 3-0 loss to the Eagles back on November 23 in Eckville. They accomplished a similar feat last weekend against the then league-leading Morinville Kings.

“Tonight was a four-point game for us in the standings, and the whole team played hard and delivered,” said Assistant Captain Kyle Pess. “We really didn’t put forth our best effort the last time we played these guys, and just like last weekend against Morinville, everyone came out hard and got the job done.”

Pess notched a pair of goals against Eckville, his first two tallies of the season. Pess was held goalless through his first eight games, but still led the team with 10 assists.

“It’s a big relief, for sure,” said Pess. “The goalless streak became a bit of a running joke with the team, but I’m glad I was able to help the team out in a big way tonight, and of course to finally get that monkey off my back.”

Red Deer heavily dominated Eckville on the shot clock, outshooting them 53-17. In his eighth start of the season, Brett Bothwell needed just 15 saves to earn his fifth NCHL win.

While four teams are tied with 16 points, the Rustlers sit in second place in the league, one point back of the Daysland Northstars.

The Rustlers play their last game of 2018 Friday night against the Pirates in Sylvan Lake. Puck drop is 8:30pm at the Nexsource Centre. 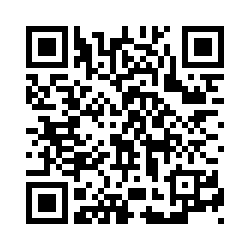