For Niek Theelen 2019 is off to a very exciting start.   The local comedian has been performing stand up in Central Alberta for the last four years.  With your help, Niek might just get a chance to take his act all the way to Halifax for the 2019 Ha!ifax ComedyFest.

Back in January, Theelen entered CBC TV’s “Next Up Comedy Contest”.  Next Up is a nation wide search for an emerging comedic talent.  Niek’s stand up bit earned him a place on the list of 100 hopefuls from coast to coast who are all now gunning for a place in the Top 10.

You can go online to see Nick’s routine and vote for him by clicking on the Next Up website.

Your vote (you can vote once a day) will help Nick join the top 10 comics.  CBC has gathered a panel of industry pros who will select an overall winner from that top ten list.   The overall winner will be revealed March 29 and earns a performance at ComedyFest in Halifax.

More from this author
Creator / 18 hours ago

Come to Capstone for a Father’s Day riverwalk 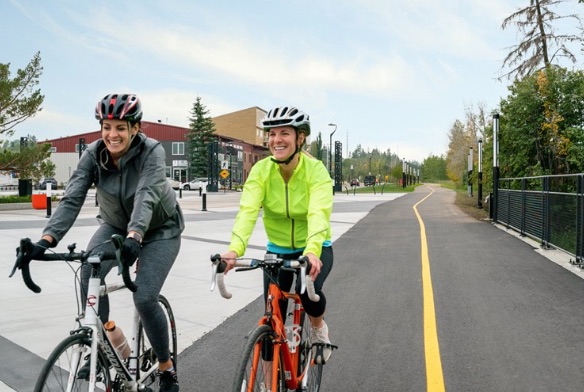 Stroll with your family down Riverwalk, where you can view a special Father’s Day mural by local chalk artist Haley Abrahamsz, on display all week (weather dependent). Food trucks will be in Canada 150 Square from 11 a.m.–to 7 p.m., providing outdoor dining choices in addition to the many food and beverage options already located in Capstone. The first 200 customers will also receive a complimentary soda coupon for Troubled Monk’s delicious line of sodas. You may even see Spandy Andy dancing his way through Capstone.

“For the next several months, as restrictions ease, our team will be focused on creating events that showcase the many features and amenities that the Capstone community has to offer, in a way that feels comfortable and safe for Red Deerians to attend”, says John Sennema, Manager of Land and Economic Development at The City of Red Deer. “This includes events that happen over a period of several weeks so that people can attend without encountering large crowds, and installations that are spread out over the community.”

Future activities in 2021 include scavenger hunts, food truck festivals, outdoor recreation classes, and art installations. “Activating these spaces is a critical step in the adoption of the neighbourhood vision, especially as this master-planned community evolves into an active, modern community” explains Project Manager Cory Edinga.

Last year The City of Red Deer conducted extensive research on the wants and needs of the future resident of Capstone – dubbed the ‘Cap-Citizen’. These future residents are curious, active types, who are social, and community minded. Events and activations will be planned with their needs and wants in mind.

For more information about the community and public spaces of Capstone or to view the 3D animation which depicts how the community might look and feel in 2040, visit liveincapstone.ca.