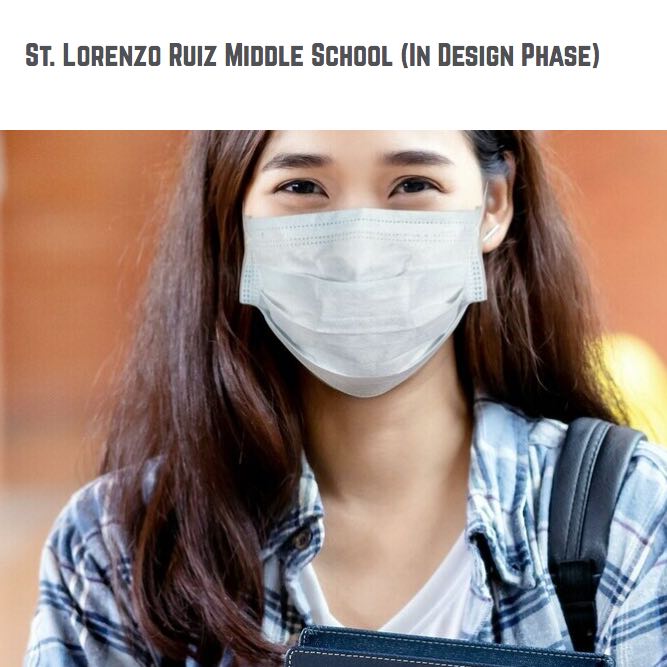 Red Deer Catholic Regional Schools has been provided funding for the construction of a new middle school in The City of Red Deer. St. Lorenzo Ruiz Middle School will be located in the neighbourhood of Kentwood. The location of the new school was selected to support current and future student populations in the community.

“The Division’s middle schools in Red Deer are currently operating at over 120 per cent capacity and we expect continued enrolment growth,” said Board Chair, Kim Pasula at Red Deer Catholic Regional Schools.

“Families and young people in our region continue to choose Catholic education. Over the last 10 years, enrolment in our Division has increased by 50 per cent and today well over 10,000 children are attending our schools.”

Work has begun on the design of the school, with preliminary geotechnical testing completed in early 2021 to understand site conditions.

“The new St. Lorenzo Ruiz Middle School will bring a $25 million infrastructure project to our community. The new school will help to alleviate the overcrowding in our existing schools and create new educational and amenity opportunities for the young people and families that live in the surrounding neighborhoods. We look forward to sharing more about the project and hearing from community members at the upcoming online meeting, the first in a series of planned engagement sessions,” says Pasula.

To keep residents informed on the progress, the Division is holding a community engagement session on Tuesday, April 6 at 5:00 p.m. Due to COVID-19 restrictions, this meeting will be held virtually via Zoom. The intent of this engagement session is to provide a forum for community feedback and an opportunity to voice concerns with the overall design of the school. This first engagement session will focus primarily on the site layout.

As you may be aware, Red Deer Catholic Regional Schools has been provided funding for the construction of a new middle school in the City of Red Deer. The school site in your community has been chosen for the location of the new school, St. Lorenzo Ruiz Middle School. The location of the new school was selected to support current and future student populations in the community

●  The school will be a two-storey design to accommodate 700 middle school students.

●  The school site will provide parking lots to staff and visitors, with a potential student

●  The current playground and skating rink will be retained on-site, and the retention pond

will not be altered.

●  Additional playground space is intended to be installed, including a proposed basketball

facility after-hours and on weekends.

●  Construction is expected to start late fall of 2021, with the school opening September

Red Deer College has launched an ambitious and significant student bursary fundraising campaign. A generous, anonymous donor has committed a $500,000 donation to match gifts made to the new RDC Student Bursary Fund. Gifts of any size made to this fund during the campaign will be matched 1:1 by the donor funds, doubling the impact of each gift.

“The impact of COVID-19 on our community has been tremendous. As it impacts Red Deer College directly, we have experienced decreases in both new student enrollment and in registrations for continuing students,” says RDC President, Dr. Peter Nunoda.

It is a priority for the donor and for RDC that students are not deterred from pursuing their chosen educational path by financial constraints. The many impacts of COVID-19 have caused some students to pause or delay starting their post-secondary education.

“In addition to this immediate financial support for students, it was important to the donor that these funds be used to connect the community to the effort. By creating the matching program, we hope that other community members who wish to support post-secondary students will be inspired by the potential to double their impact on new and continuing RDC students,” says Dr. Nunoda.

The RDC Student Bursary Fund is new and will be established entirely by donor gifts, doubled by the anonymous donor’s matching gift. Bursaries will be available for full- and part-time students, up to $1,500 and $750, respectively, per year. Bursaries will be distributed as tuition credits on a first come-first served basis. When the matching campaign has fully funded the RDC Student Bursary Fund, it will provide financial support for more than 1,300 students. The bursary created by the matching campaign will be available to new and returning students in credit programs, beginning in Fall 2021 Term. Application for these awards is open now at rdc.ab.ca/studentbursary.

“We’re grateful for the support of all of our donors, internal and external, small and large, and especially to this anonymous donor for their commitment, which will provide immediate and broad support for our students,” says Dr. Nunoda. “It has been a challenging year for many in our community, but we continue to come together in large and small ways to support one another. This is one more example of what makes me proud to be a part of this community.”

More information about the initiative, including the link to an online donation page, can be found at rdc.ab.ca/giving.

This new bursary is one of the ways in which RDC and generous donors support students in helping to keep post-secondary education accessible and affordable. Students enrolling in courses for 2021/2022 can apply for a variety of scholarships and awards now through May 31. RDC is pleased to award more than $1 million in scholarships and bursaries each year.

EDMONTON — Alberta’s proposed school curriculum is being criticized for blasting historical facts at kids, missing the mark on First Nations and religion, and including a reference to Premier Jason Kenney’s bandleader grandfather.

“Honestly, I want to point to something (positive), I really do. I want a curriculum that is solid and good for students,” Carla Peck, an associate professor in education, said Tuesday.

“I can’t find anything so far.”

The proposed kindergarten to Grade 6 curriculum was introduced Monday by Education Minister Adriana LaGrange and is to be piloted in some schools this fall.

It overhauls study in eight core subjects to stress fundamentals and real-life skills and applications.

The social studies section has kids learning a wealth of historical detail intermixed with financial literacy.

Grade 1 students are to explore the origin of writing, First Nations culture, ancient civilizations, the divine right of kings and the existential question of whether money can buy happiness.

In Grade 2, it’s Socrates, Plato, Charlemagne, the Black Death, the Magna Carta, Judaism, Islam and Christianity, along with the rise and fall of the Roman Empire.

By Grade 4 students are to learn about explorer Peter Pond, the Palliser Triangle, the Plains Cree and how business plans were devised to build the Canadian Pacific Railway in the late 1800s.

Students in Grade 5 are expected to learn about the Truth and Reconciliation Commission and dangers to consumers from modern payday loan operations.

The horrific legacy of residential schools — in the United States — comes in Grade 6. There’s also a deep dive into at least eight world religions focusing on beliefs, holy books, parables and rituals.

Peck said it’s far too much and far too complex for youngsters and comes at the expense of critical-thinking skills.

“It’s like the people who wrote this have never met a child,” said Peck, who focuses on social studies in education at the University of Alberta.

“The whole philosophy is they don’t want kids to understand any of this. They want kids to be able to make a passing reference to it. In other words, you can do really well on (the game show) “Jeopardy.” You don’t actually have any depth of understanding.”

Margie Patrick, an associate education professor at The King’s University in Edmonton, said religion is an important study topic, but the proposed curriculum lacks context and avoids larger discussions on the role and relevance of religion, including non-belief systems.

“Why are we learning it? What is the understanding that we want students to take away from this?” asked Patrick.

She suggested developing empathy and understanding of other beliefs can be done through illustrative examples and religions don’t need to be taught in minute detail.

“It will feel certainly to some students, and it will be interpreted by some parents, as this is just indoctrination — which is what you don’t want.”

Yvonne Poitras Pratt, a University of Calgary associate professor who specializes in Indigenous education, said the curriculum is a perfunctory nod to broader First Nations culture while focusing on its role in the European migration.

“What I see in K to 6 is very much a celebratory story about the colonial side of our history, where the Indigenous people are more of an add-on to this bigger colonial story,” she said.

“They’re not looking deep inside at the negative impacts of the colonial past on Indigenous peoples. If you think of the Metis, for instance, there’s none of the inclusion of the ways in which the scrip process was flawed (and) in which lands were taken away.”

Instead, said Donald, “There is this moral success story (the curriculum designers) want to tell, and the story is based on how liberal democracy coupled with market capitalism has morphed together to create the most successful societies the world has ever seen.

“(They want) to bring students into this tradition of this moral success story and say to everybody, ‘Your best option, if you want to be successful, is to accept this story, to get on board with it.'”

In the music section, Grade 6 students are to study jazz and big-band sound, focusing on Glenn Miller and Mart Kenney, the United Conservative premier’s grandfather.

“(It) is a profound display of whitewashing,” said Notley. “You do not learn about jazz without learning about Duke Ellington and Count Basie.

“Any curriculum that proposes or purports to teach jazz by only talking about white musicians — even those who are related to the premier — is a failure.”

Kenney’s spokeswoman Jerrica Goodwin said in an email that the premier was “not involved in the inclusion of Mart Kenney in the draft curriculum; he was not even aware that Mart Kenney was included until today.”

This report by The Canadian Press was first published March 30, 3021.