Looking to get away from the city and experience the wilderness?

Rock Lake Lodge may have the perfect opportunity for you. WHO ARE WE? We are a lodge located in Rock Lake Provincial Park in Alberta, Canada.

Just a short distance away from a 90-foot deep lake with four species of fish, and the lodge is surrounded by wildlife and abounding nature.

Check out www.rocklakelodge.ca to have a look at the stunning surroundings, our lodge and cabins.

It’s not all work and no play up at Rock Lake Lodge! Some of the activities provided on site will be hiking, fishing, canoeing. and wildlife watching. This is a seasonal live-in position from June 2021 -Sept 2021.

We are seeking someone with the following:
-general handyman experience (able to use basic tools and general maintenance of the lodge)
-generator experience
-plumbing & electrical (basic)
-construction experience

Above all, we want someone who loves fishing!

Do you have experience with diesel generators? Log buildings? Chainsaws or log splitters? Let us know in your application. Even if your job history doesn’t reflect the above- your personal experiences may be exactly what we’re looking for!

Wage to be negotiated. This is a fulltime-temporary contract position.

Related Topics:#RockiesAlbertafeatureRock Lake Lodge
Up Next 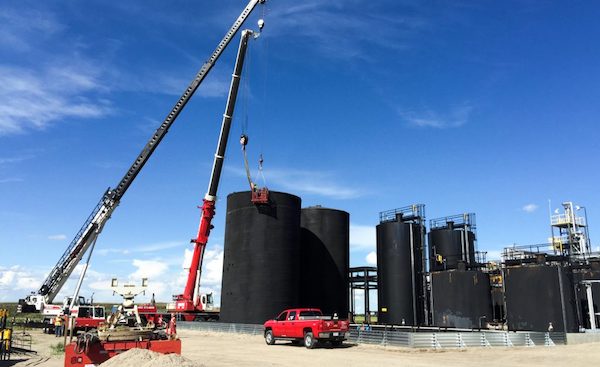 CALGARY — Sentencing arguments for an Alberta pastor and his brother found guilty of contempt after deliberately violating COVID-19 health orders have been put over until September.

The arrests came after court orders were granted allowing Alberta Health Services and police to arrest and charge anyone who advertised gatherings that would breach health restrictions.

Last month, Justice Adam Germain ruled that Alberta Health Services had proven “nearly to absolute certainty” that the two Calgary men were “guilty beyond a reasonable doubt of contempt.”

Discussions on possible sanctions were set for Tuesday, but the lawyer for the Pawlowskis asked for a delay since Alberta Health Services was preparing further affidavits against her clients.

The health provider has indicated it will be seeking 21 days of jail time for the two men.

Germain granted the delay to make sure that defence lawyer Sarah Miller had time to prepare her arguments.

“Frankly, on a matter of this nature, where you have what some legal authorities might describe as an almost public contempt, bordering on criminal contempt … I’m going to give her every opportunity to vigorously defend her clients,” said Germain.

Alberta Health Services has indicated it is seeking 21 days of jail time for the two men.

The judge said the delay might give the court a better understanding of COVID-19 in remand centres and provincial correction institutions.

“There are people who doubt the COVID-19. I can look at the death or morbidity statistics as much as any other judge and it’s a real issue,” Germain said.

“If COVID is running wild in the institutions, we don’t want the 21-day jail sentences that you’ve asked for.”

Germain said he might consider the “unique risks” of someone going to jail. He said the Pawlowskis’ lawyer could have a number of arguments for why they’re not vaccinated, including illnesses that prevent vaccinations.

“Maybe there’s an outbreak in the prison system. All of those things may influence the decision.”

The case is to return to court Sept. 13.