If Elon Musk waited for regulators before trying anything, we wouldn’t have Tesla and SpaceX. OFTEN, ignoring regulators is the only way to make progress. Musk ignored FAA warnings on rocket launches, and SEC restrictions on his tweets (he also goes out of his way to insult that agency on Twitter.)

23&Me first offered their products without permission. Same with charities that donate unapproved 3D-printed prosthetic limbs. Uber and Lyft only exist because they broke the rules. Electric scooter companies, too. “Everywhere you look in America today, there are people pushing up against really crazy laws and regulations,” says Adam Thierer, author of “Permissionless Innovation.”

The video above shows what’s at stake.

—- So you don’t miss the weekly video from Stossel TV, sign up here: https://johnstossel.activehosted.com/f/1 —-

More from this author
Uncategorized / 2 days ago

Are We Ready For A Russian To Become NHL’s Top Goal Scorer? 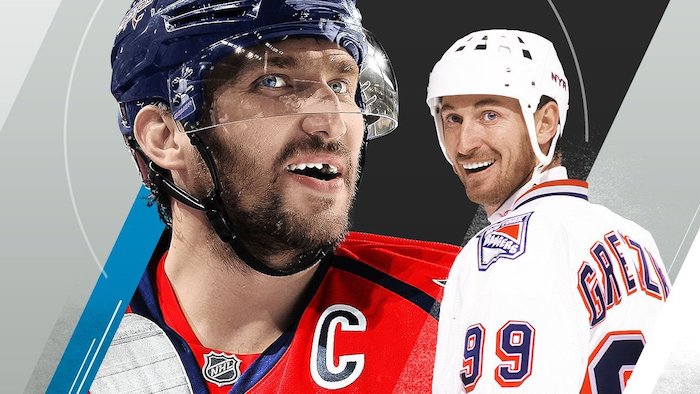 Sign up today for Not The Public Broadcaster newsletters. Hot takes and cool slants on sports and current affairs. Have the latest columns delivered to your mail box. Tell your friends to join, too. Always provocative, always independent.

With the grinding war in Ukraine showing no signs of ceasing and Biden-led sanctions doing nothing tangible to deter Vladimir Putin, Russia’s image in the West has rarely been this low. So now might be a good time to ask if the NHL is prepared for a Russian to become the greatest goal scorer in league history.

As the league prepares for its annual draft on Thursday/ Friday, the top pick in the 2004 Draft is showing every sign that he will pass the game’s greatest Canadians in goal scoring. Going into 2022-23, the 36-year-old Capitals star is just 21 goals behind the immortal Gordie Howe in second place and 114 back of Wayne Gretzky, the Prometheus of NHL scoring.

Given good health Ovechkin will surpass Howe next season and probably leave Gretzky in his wake in four seasons. Even in a time of peace it will be interesting to see the public reaction in Canada and the U.S. to Ovechkin’s passing No. 99. While the No.1 pick in 2005, Sidney Crosby, has had a squeaky clean image, The Great Eight has been a little salty for some folks.

He plays a game Howe would love, dispensing devastating hits as well as brilliant goals. His gap-toothed sneer has not always endeared him to many. Nor has his proximity to Putin himself. In November 2017, Ovechkin started a movement called PutinTeam in support of Putin during the 2018 Russian presidential election .

In recent times he’s sought to have a foot in both camps. “I don’t know what’s happening out there. I know it’s a hard situation, but it is what it is. You know, I play here, and this is my second home. I don’t want to fight between two countries, because it’s going to be a mess.”

Too late on that front, Alex. Putin’s naked aggression and Biden’s desire to unseat him (he’s endorsed assassination) have put the West on the brink of a war with nuclear potential. Few can say where the conflict is headed, except that it’s highly unlikely the West will be surrendering its sons to the battlefield when NATO runs out of Ukrainians willing to die.

One thing is certain. As we point out in our book Inexact Science: the 6 Most Compelling Drafts in NHL History, Ovechkin put an end to the bias against Russians at the top of the NHL draft. While there had been Russian Hall of Fame selections in the middle to lower rounds of the draft (Sergei Fedorov, Pavel Bure, Sergei Zubov) Ovechkin’s No. 1 overall was considered a risk at the time. He changed the equation.

“It began in 2004, when the Capitals selected Russian phenom Alex Ovechkin, maybe the greatest pure goal scorer the NHL has seen. A number one pick who has lived up to the billing of “generational player,” Ovechkin maybe would have been even more widely hailed as that “Next One” had he developed under the intense hockey media spotlight of Canada, or North America in general.

Never before had an international player earned the kind of accolades Ovechkin received leading up to his draft year. After all, he was only the second Russian ever to go that high on draft day. But the fact he wasn’t a Canadian kid may have tempered the headlines around “Ovie” and made some fans skeptical about his supposed wizardry.

He wasn’t helped by how easily a stacked Team Canada had handled him and his Russians in the World Juniors of 2004 and 2005. In retrospect, “The Great 8” was actually undersold as a generational legend. But all of this made his majestic rookie season as a 20-year-old in 2005–06 more of a revelation than it would have been otherwise.

CAA agent J.P. Barry says that some resistance remains. “Even with Russian players, we’ve seen a hesitance in the past. A few teams have said to me, “Sorry, we just don’t draft Russians. End of story.” I know of several teams that did make that an internal memo. Some even said, “We can’t take a Euro in the first three rounds!” I don’t think there’s any team that could say any of that anymore, though. Way back when, however, there were these unwritten internal policies that were just silly.

There was definitely a period there where teams didn’t want to touch Russians, because they didn’t feel that they could get them to come over. Sometimes they were teams impacted by something negative that happened in the past and let it change their course of action.”

If Ovechkin didn’t entirely smash the Russian stereotype then his countryman Evgeni Malkin, selected right behind Ovechkin in the 2004 draft, sealed the deal. (Ironically the two were rivals for a long time, only reconciling in recent years). Lifetime, Malkin has 444 goals and 702 assists in an injury-riddled career.

To the NHL’s credit, it hasn’t banned or sanctioned its Russian stars as some have done. The country’s teams are banned from international soccer and hockey tournaments and the Paralympics. Russian tennis players Daniil Medvedev and Andrey Rublev (the top-2 ranked Russian male players) were barred from participating at Wimbledon. Many Russian artists have seen their concerts cancelled.

For now Ovechkin is walking a tight rope. He’s called for peace without mentioning Russia or Ukraine directly. In May 2022, he reiterated his support for Putin, as well as retaining the Russian president on his Instagram profile photo. Much depends on the progress of the war, and how much Canada and the U.S. are drawn into the combat.

The best advice is probably to keep his head down and his politics to himself if he wants to be celebrated for passing Howe and Gretzky.

Bruce Dowbiggin @dowbboy is the editor of Not The Public Broadcaster (http://www.notthepublicbroadcaster.com). The best-selling author was nominated for the BBN Business Book award of 2020 for Personal Account with Tony Comper. A two-time winner of the Gemini Award as Canada’s top television sports broadcaster, he’s also a regular contributor to Sirius XM Canada Talks Ch. 167. His new book with his son Evan Inexact Science: The Six Most Compelling Draft Years In NHL History is now available on http://brucedowbigginbooks.ca/book-personalaccount.aspx 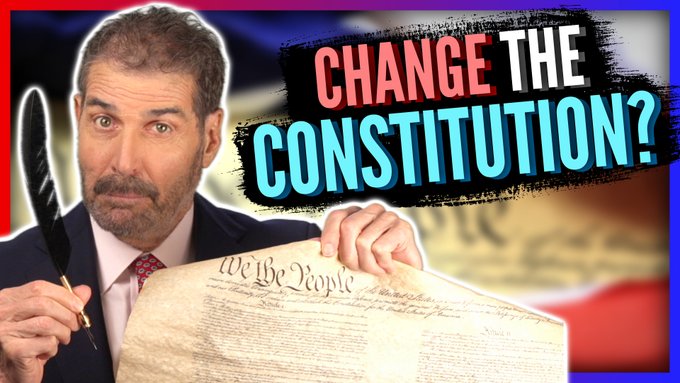 Happy #July4th, when we celebrate our independence and the Constitution.
Should we change the Constitution?
We asked people like Glenn Beck, Dave Rubin, and Jeffrey A. Tucker.
But some of the most interesting answers came from strangers on the street.