Do you travel through or live in downtown Calgary?

Do you glare at our skyscrapers and see only a few lights on?

This is a tale of a cowtown that stopped producing milk, even our ranch has closed. If there was a light at the end of this tunnel, not even our top economic spokespeople can offer any of us a realistic answer for where we are at now, or when we will even see the light. The economic destruction from COVID-19 continues to ravage the health of local businesses and almost every other industry that calls our city home. With that, there is a lot more to the story that reaches beyond March of this year. The question is, what does a pillar city in Canada do when their downtown is empty and graduates continue to emigrate?

Recent data from the CBRE from Q3 of 2020 show the office vacancy in downtown Calgary has hit 28.7%. That number may seem irrelevant without comparison to other metropolitan places in the country. The chart below shows the office vacancy percentages based on data collected of unused office space by square footage in the downtown core in each identified city.

The clarification we are lacking is that there is a very real problem with attracting commercial activity. The challenge lies within the lack of large firms that have more than 1,000 employees to fill these empty sky-high office buildings.

We cannot simply just ask companies to move their workforce, an example being Suncor’s recent decision to uproot 700 employees from Ontario to relocate to Calgary. Better described as 700 humans with families, friends and communities in Ontario. No figures have been released to state how many jobs will be coming to Calgary.

Almost within the same week, we see the consolidation of Husky Energy by Cenovus. This does make “fiscal” sense for the financial health and future of the company, becoming the third-largest oil and natural gas producer in the country. Citing a piece in the Financial Post by Diane Francis, Cenovus will close the Husky head office in Calgary, which is not reflected in the Q3 data released by the CBRE.

If we keep in mind that the headquarters for Husky Energy Inc was Western Canada Place, where we saw the Apache Corporation “strategically exit” Canada back in 2017. It will become clear in the near future that we could see another tenant evacuation of a huge building in downtown Calgary.

One piece of that 28.7% of our current office vacancy is due to Nexen leaving their building on 8th street completely vacant, setting up shop in the same building as the newly purchased Husky Energy Inc. In this case, bottom level retail such as cafe’s are not included as occupied office space.

If there are corporate tax incentives in almost every major city in the efforts of attracting big business, therein lies the question. What else can Calgary offer to sway large firms to come here? Take a look at the chart below stating the 2020 Corporate Income Tax Rates in Canada.

At some point in the recent history of Alberta, competitiveness turned into desperation. There is some benefit to local entrepreneurs looking to set up a business by lowering the barrier to entry, however, have we really seen that as a result of the lowest corporate tax rates in the country?

Looking at the fact sheet prepared by Calgary Economic Development in May of this year. As shown in the chart below, take a look at the new and renewed business licenses. It is crucial to note that COVID-19 has created a mountain of economic problems for almost every city, which we can assume had a major impact on the 2020 numbers seen below. We may see this continuing to decline as the pandemic continues to ravage our economy.

In addition, It is important to note the lack of new business licenses issued since 2017. This is not a new problem but has been exacerbated by COVID-19.

When faced with a challenge, Calgarians do not quit. The piece of the puzzle that has yet to be found is to restore incentive to local and foreign investment. The ideology that big tech would eventually be “sold” on Calgary’s infrastructure has not gained traction.

Recent history teaches us that big tech follows big tech, an example being TikTok opening a new headquarters in Dublin back in August of this year, where companies such as Alphabet, Amazon, eBay, Paypal and Facebook also have European headquarters. While these names are well-known globally, the economic and sociological effect it could have on our city would offer Calgarians some indication that we are actually progressing in some way.

Consider being a graduate enrolled in an extensive and expensive program this year. The lack of economic progress is tied with the lack of jobs in a psychologically destructive way. If we cannot incentivize foreign investment and create new job opportunities, more importantly, how do we hold on to waves of eager graduates that are well aware of the benefits of moving to other cities or countries?

The narrative that new graduates carrying thousands of dollars in debt are given any chance to achieve anything close to previous generations in Calgary back in the high oil and gas days is now an irrelevant argument. Understandable that they may pack up and leave for greener pastures.

The evidence is in the 2019 Calgary Civic Census. The age demographic of 20-24 is our second lowest age demographic sitting at 5.94%, the lowest being the 15-19 year olds sitting at only 5.28%. The chart below shows the breakdown of our Calgary’s age segmentation.

Cities such as Vancouver and Toronto last conducted their population census in 2016. The comparison data ranked Calgary 29th out of 35 cities in Canada for the age demographic of 20-24. Thinking about the cities you are aware of in Canada, to not even rank in the top 10 for young adults adds to the enormous problem we will be attempting to remedy for an unknown amount of time. This data can be seen clearly in a CBC post relating to this issue.

The information above may offer some real data that has very real implications. However, the narrative less documented is what sentiment do young people feel in Calgary and what is left to be proud of. It cannot just be the Stampede or nothing at all. Even after emigrating to another city or country, what is it that they tell their newfound community about their home city? The vibrant, creative and hard-working young people in this city have a fighting chance, but only if there is some benefit to their future staying here. Without awareness of foundational values, celebration of culture and real opportunity to rely upon in your city, understandably, young people will continue to leave and seldomly will ever return.

More from this author
Community / 3 months ago

CALGARY — Jacob Markstrom stopped all 17 shots he faced and the Calgary Flames put an end to their four-game losing skid with a commanding 5-0 victory over the Edmonton Oilers on Saturday.

Johnny Gaudreau and captain Mark Giordano each had a goal and an assist, while Sean Monahan, Elias Lindholm and Brett Ritchie also scored for Calgary (17-21-3). Sam Bennett and Mikael Backlund each tallied a pair of helpers.

The Flames improved to 3-5 against their provincial rivals this season.

Playing their fourth game in six nights, the Oilers (25-15-2) were blanked for only the third time this year. They dropped to third in the North Division — seven points behind the Toronto Maple Leafs and one point behind the Winnipeg Jets.

A tentative first 20 minutes of play saw the teams withdraw to the dressing room with a 0-0 tie.

But the Calgary Flames exploded for four goals on 10 shots in the second period from four different shooters.

Monahan got the barrage going with his first since Mar. 13, snapping a 13-game goalless drought. Alone at the side of the net, he capitalized on a defensive mix-up from the Oilers and converted Andrew Mangiapane’s pass at 3:12.

Calgary gained in confidence as the period progressed. They kept the pressure on and it paid off at 10:43 when Gaudreau took a perfect pass across the crease from Noah Hanifin to beat Smith over the glove from a tight angle.

The Flames were again rewarded for good puck movement when Lindholm netted his 10th of the season, five-hole on Smith on the power play. The big-bodied Milan Lucic got the play started and later screened Smith in the crease.

The captain got in on the second period’s deluge of goals. Coming off the bench and storming into the offensive zone, Giordano called for a pass and fired from the right face-off dot, beating Smith between the pads.

The Oilers upped the pressure in the third period but could not solve Markstrom. Tyson Barrie came closest when he fired a puck off the post.

There was some confusion shortly after puck drop, possibly related to the Oilers’ lineup card, as Calgary coach Darryl Sutter chatted with officials from behind the bench.

The Flames are back in action in Toronto on Tuesday. The Oilers are off until Friday when they face the Canucks in Vancouver’s first game since their COVID-19 outbreak.

This report by The Canadian Press was first published April 11, 2021.

EDMONTON — Alberta’s premier and education minister say a pilot program that has been using rapid screening tests in some Calgary schools is being expanded to about 300 other schools in the province.

Premier Jason Kenney says approximately 400,000 of the rapid tests will be rolled out for use in junior and senior high schools in Edmonton, Calgary, Grande Prairie and Lethbridge.

He says that will mean rapid testing will be available for approximately 200,000 students and 20,000 staff.

Teachers, however, aren’t being added to the list of professions who are getting prioritized for vaccination — a move that teachers’ organizations have called for.

“We are not going to do this based on, sort of arbitrary pressure, but rather the scientific advice,” Kenney told reporters during a virtual news conference Saturday.

“You could have for example, a 25-year-old teacher who is very healthy and whose risk of negative outcomes from COVID-19 is statistically negligible. But to put that person ahead in the queue of, let’s say a 65-year-old senior with underlying chronic conditions, would be a real misallocation of the scarce supply that we have.”

He said that to support those professions and keep their workplaces safe, their reception, cleaning and secretarial staff are also being made eligible for vaccinations.

The Alberta Teachers Association reacted in a news release by calling the decision to exclude school workers from expansions to the vaccination program “mindboggling.”

“This is the single biggest thing that would make teachers feel safer. Contrary to the premier’s statements, this is offside with national recommendations on immunization and with what is happening in most other provinces,” ATA president Jason Schilling said in the release.

The province says rapid screening tests may potentially detect the virus quickly in people who don’t have symptoms, allowing them to immediately isolate.

“Allowing for teachers and school support staff to be considered front-line workers so that they can be vaccinated now would ensure maximum safety for our schools,” board chair Sandra Palazzo said in a news release.

Education Minister Adriana LaGrange said during Saturday’s news conference that the priority for which schools in the four cities that will receive rapid-testing kits depends on how prevalent COVID-19 is in the school or surrounding community, as well as whether a school has experienced previous outbreaks or alerts.

“We are committed to ensuring in-person learning remains safe, and we are working closely with school boards on dealing with the challenges that arise,” she said.

This report by The Canadian Press was first published April 10, 2021. 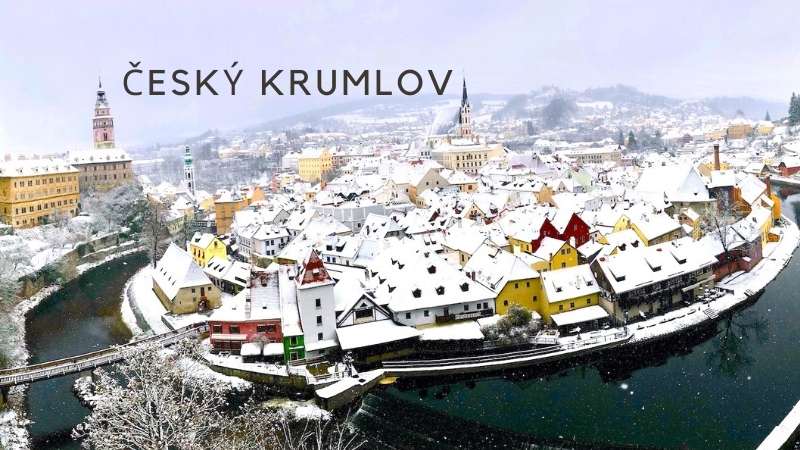