On this episode of the Prospects Baseball Show, Jack Cookson is a baseball guy 365 days a year and has a wicked memorabilia store called Pro Am Sports in Edmonton. He’s a great guy, for a Giants fan and we discussed this year’s playoffs, his time as a clubhouse guy for the Trappers and baseball in Edmonton right now. Jordan Blundell, Jack and I also went through their top 5 uniforms of all time in MLB. Jordan also gave me a lesson on curveballs. This winter I will try and learn how to throw a curveball.

More from this author
Uncategorized / 2 years ago

At almost any time in memory, Wednesday’s decision to remove hockey, basketball and volleyball from the University of Alberta’s fall and winter to-do lists would be considered a major surprise.

This year, I suspect fans and athletes should have been at least partially prepared for it. Blame the pandemic. That’s easy.

Explain that sponsorship money has dried up and every available penny must be saved to keep professors employed and students involved. That’s easy, too. Some are sure to suggest that there are deep political motives in this move to move beyond the Bears and Pandas for one year. Maybe. Maybe not. Rightly or wrongly, political movements are seen in every action these days.

If additional explanations are required, Alberta’s UCP government is sure to be singled out as cause number three; they inherited an entity in severe financial difficulty, ensuring that some budget cuts would be made as soon as possible after the NDP lost political control of the province.

This, of course, occurred well before the coronavirus crisis created overwhelming proof that sport, certainly in Canada, is something of an after-thought at all levels of society. As this is written, every professional sport is being exposed on a daily basis as a means for millionaires and billionaires to fatten their bankrolls. If timely political statements are necessary, fine; they’ll be made, but no rational soul would dare to suggest that sport has actual relevance in this time of incoherent arguments and twisted responses.

In one old scribbler’s opinion, good news ultimately will develop, almost as a result of the disappearance of the Bears and Pandas for at least one season. A move so dramatic at a level so vital is sure to create deep thought.

Which is where university sport fits in the puzzle. These organizations are the home of undoubted brilliance. In many ways, they create the model for all amateurs and low-profile professionals to follow. One day, perhaps soon, this world-wide rash of social, physical and emotional misery will be behind us. Then, cohorts of tough and committed leaders across the entire spectrum of athletics will have to step up. They will be obligated to contribute time and effort in a search for the best possible ways to ensure excellence in scholastics, citizenship and competition.

Now, looking back for even a few years, it’s essential to remember that amateur sports were being painfully slammed by financial necessities before COVID-19’s destructive arrival.

Athletic directors at U of A and MacEwan University have spoken of rising costs in tones that sometimes sounded almost desperate. I’m sure the same applies to the University of Calgary.

Similar words have been heard commonly in discussion with coaches and athletic directors at Alberta colleges. NAIT and Concordia leaders know the topic extremely well. So do alumni members working to keep hockey alive in the storied atmosphere of Camrose’s Augustana campus of the U of A.

In a lifetime of hearing old adages, one has stuck out since childhood:

“It’s Always Darkest Before the Dawn.”

All is Well in Soccer – So Far 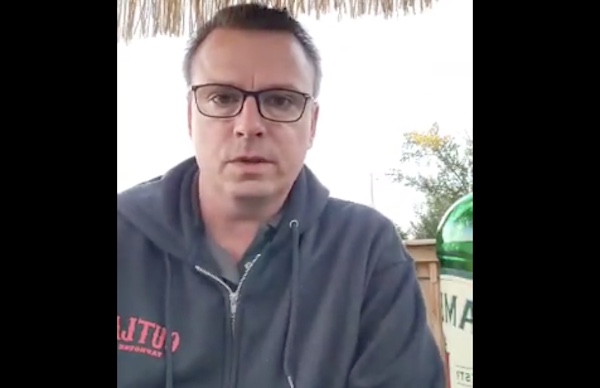 On the campaign trail, new COVID rules in Alberta : In The News for Sept. 16