This article is submitted by Canadian Energy Centre Ltd.

The head of the International Energy Agency says Canada is a preferred global oil and gas supplier and should take steps to ensure it remains so in the decades to come.

IEA executive director Fatih Birol is a big advocate for net zero targets, but he knows that even as the world transforms its energy systems, oil and gas will be around for a long time.

He’d prefer the supply comes from “good partners” like Canada, Birol said on Jan. 13 during the virtual launch of the IEA’s Canada 2022 report.

The Paris-based IEA is a world-recognized authority on energy supply, demand and policy.

“Canada has been a cornerstone of global energy markets, a reliable partner, for years,” Birol said.

“We will still need oil and gas for years to come… I prefer that oil is produced by countries… like Canada who want to reduce the emissions of oil and gas.”

In Europe, energy customers are feeling the pain of dealing with an unreliable supplier.

Birol said Europe’s natural gas crisis is in part because it depends on Russia for nearly half its natural gas imports. As a result, Russia’s policies “have a huge impact on the European energy mix.”

Right now, Russia has unused capacity to send the equivalent of a full LNG vessel every day to help reduce natural gas prices in Europe, amid a standoff between Moscow and the West over Ukraine, Birol told reporters last week.

“[The] world needs reliable partners,” he said. Canada’s first LNG exports are expected in 2025 and forecast to rise steadily thereafter, the IEA noted in its report.

Canada is the world’s fourth-largest producer of oil and natural gas and home to the third-largest oil reserves, which “creates employment for Canadians and secure and reliable oil and gas for both domestic and global markets,” the IEA said.

Remaining competitive in global oil and gas markets – and ensuring the sector remains a major driver of the Canadian economy beyond 2050 – requires emissions reductions, the IEA said, praising work that has been done already.

Canada is not only stable and reliable, but its LNG supply will also be cleaner than competitors, the IEA said.

The LNG Canada project that is under construction in B.C. is expected to have the lowest carbon emissions intensity of any large LNG facility currently operating in the world, at 60 per cent lower than the global average.

Other proposed LNG projects in Canada plan to use clean, renewable hydroelectricity to power operations, resulting in emissions profiles up to 90 per cent lower than global competitors, the IEA said.

The success is in part because of large investments in clean technology and environmental protection, the IEA said.

Oil and gas companies in Canada together spend an average of $1 billion per year on energy cleantech, in addition to billions in environmental protection. 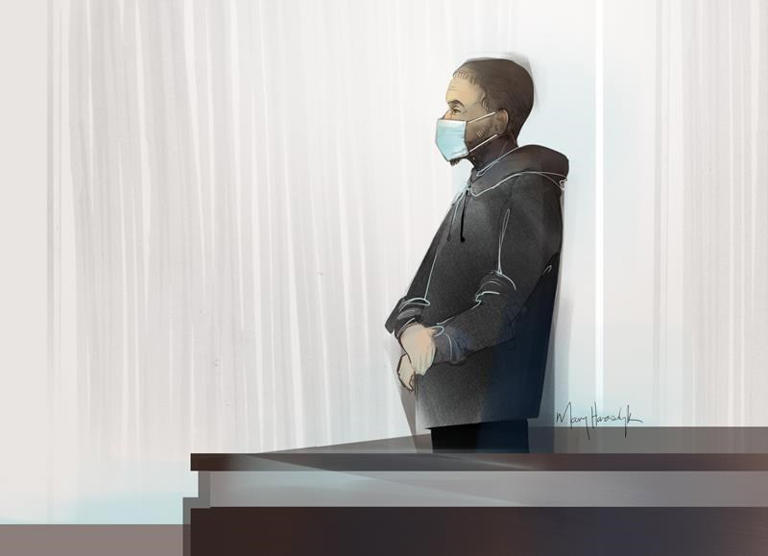 CALGARY — A man who admitted to terrorism-related acts with the militant group Islamic State is to be sentenced today in a Calgary courtroom.

Hussein Borhot, who is 36, has pleaded guilty to one count of participating in terrorism group activity between May 9, 2013, and June 7, 2014, as well as to kidnapping for a terrorist group while in Syria.

RCMP arrested him in July 2020 after a seven-year investigation.

An agreed statement of facts read in court last month said Borhot travelled to Syria through Turkey to join the Islamic State.

The statement said he signed up as a fighter, received substantial training and excelled as a sniper, but did not tell his wife or father before the trip.

Court heard that Borhot revealed much of the information to an undercover officer after he returned to Canada.

Cheese not on the table in Canada-U.K. trade talks as Britain seeks market access

OTTAWA — The British foreign secretary has often been mocked for her preoccupation with cheese. It started eight years ago when Liz Truss expressed outrage in a speech to her party’s annual conference.

“We import two thirds of our cheese,” she raged. “That is a disgrace.”

Now Truss is facing another battle over cheese, this time with Canada.

Britain wants greater access to Canadian markets for more than 700 varieties of cheese including Stilton, Cheshire, and Wensleydale, a crumbly variety originating from Yorkshire.

But Ottawa has made it clear it does not want to see more British cheddar, let alone artisan varieties such as stinking bishop, renegade monk and Hereford hop, on Canadian fridge shelves.

During the first round of negotiations of the U.K.-Canada trade deal, Canada told Britain that a larger quota for British cheese is not on the negotiating table.

When it was a European Union member, Britain was part of the Comprehensive Economic and Trade Agreement with Canada, giving it some access to Canada’s cheese market.

After the U.K. left the EU, a “continuity agreement” with Canada was swiftly put in place to maintain the CETA arrangement until a bilateral trade deal could be struck.

Ralph Goodale, Canada’s high commissioner to the U.K., said if Britain wants more access to Canadian markets for its cheese as part of a bilateral free-trade agreement, it will have to knock on Brussels’ door and get its part of the dairy quota back.

“The point is we have already provided that volume in the EU deal and the British left it there without taking it with them,” he said in an interview. “That’s an issue they need to resolve with the Europeans because the Europeans have their quota.”

Goodale said the U.K.’s request for extra access for British cheese — on top of the access given to the EU — is “what the Canadian negotiators consider to be pretty much a dead end.”

“You are talking about a double concession — one we have already made to the EU and the request is being made by the U.K. for yet another one on top of that,” he said.

The high commissioner said Canada values its trading relationship with the U.K., adding that he is confident that a mutually-beneficial trade deal will be reached.

But if Canada allows the British to export more of their cheese it would involve “a major commitment of compensation to dairy producers” in Canada to make up for lost incomes.

Canada’s dairy industry was worth over $7 billion in 2020, according to the Canadian Dairy Commission’s annual report.

There are over 10,000 dairy farms in Canada — most of them in Quebec and Ontario — with an average of 92 cows per farm, it said.

Until at least the end of next year, Britain will be able to keep exporting its cheese to Canada under the trade continuity agreement, the U.K.’s trade department said.

As part of the 1995 WTO agreement on agriculture, Canada established tariff rate quotas for cheese and other dairy products. The quotas set out quantities of dairy that could enter Canada with little or no duty.

For Britain, a fully fledged free trade deal with Canada is crucial after Brexit left it looking for fresh tariff-free markets.

“We want to negotiate an ambitious and comprehensive new agreement with Canada that will strengthen our close and historic bilateral trade relationship,” said a U.K. government trade spokesman in a statement, adding the relationship was worth about $34.5 billion in 2021.

In a speech in the House of Lords in London earlier this month, Goodale reported on progress in the talks, saying that “both sides are optimistic that, as good as CETA and the continuity agreement were, we can do better still when Canada and the U.K. negotiate a deal face-to-face, directly with each other.”

Like Goodale, Ng said Canada is confident a free-trade deal with Britain will be reached, enhancing co-operation in a number of areas, including on renewables, sustainability and the digital economy.

“Canada values the relationship with the United Kingdom. They are … an important trading partner and a trade agreement with the U.K. will be very good for Canadian businesses,” she said in a phone interview from Thailand last weekend.

But she was also firm about the need to protect Canada’s dairy producers, and that means keeping more British cheese out.

The Canadian dairy sector now produces 1,450 varieties of cheese, including ewe, goat and buffalo varieties, as well as the cheese curds used in the Québécois dish poutine.

At least half of Canada’s cheese is made in Quebec, which is home to a number of artisan varieties including bleu l’ermite, or blue hermit, and Oka, a popular semi-soft rind cheese.

Pierre Lampron, president of the Dairy Farmers of Canada, has made it clear he will fiercely protect Canadian cheese from British interlopers.

Lampron said he had “validated that the issue of access to the Canadian dairy market was not on the agenda of these trade talks.”

Canada’s protectionist stance toward its dairy industry may have pleased farmers. But it has caused some tension with close allies.

Earlier this month, New Zealand launched a formal trade dispute against Canada, accusing the federal government of breaking promises to give access for dairy imports under the Trans-Pacific Partnership agreement.

The Biden administration also recently said it was asking for a second dispute settlement panel under the U.S.-Mexico-Canada Agreement to review a trade dispute with Canada over dairy import quotas.