It was but a few years ago, I felt that Alberta was sitting at the adult table. We were participating in adult conversations, looking for adult solutions to adult issues. Not anymore.

Not only does it seem like we are sitting at the children’s table, but a table of some other generation and I would go so far as possibly,  the table of some backward southern state.

In those same states, would they be insulted if you said they were like Alberta?

Investors, bankers, shareholders, fund managers and others are looking to invest in the future. Alberta appears to be only interested in the past investments.

Science, intellectuals, and human compassion are secondary to oil and gas. Disclosure: I made a lot of money in the O&G sector. The future is not oil & gas, though it is a vital industry it is only a sector of the economy and not “THE” economy.

I have contacts across this country, and I notice the nuances that suggest Alberta is sitting at the children’s table.

If you moved your company to Alberta, will the employees follow or stay behind with their education, health and recreational needs met?

Will you have to hire new employees and move them to Alberta? Will these employees be on the move when they start having children?

I talk to one Albertan who said she loved her community until her child turned 5. Another Albertan said she had an awakening when her career took her out of Alberta. One former Albertan laughed when I mentioned working remotely, at home, in Alberta. He said he couldn’t because he still needed to talk to other professionals.

In such a short time, I get the feeling that Alberta has been relegated to the children’s table.

Will we make it back to the adult table, or is that wishful thinking? Probably, at least for now.

More from this author
City of Red Deer / 4 weeks ago 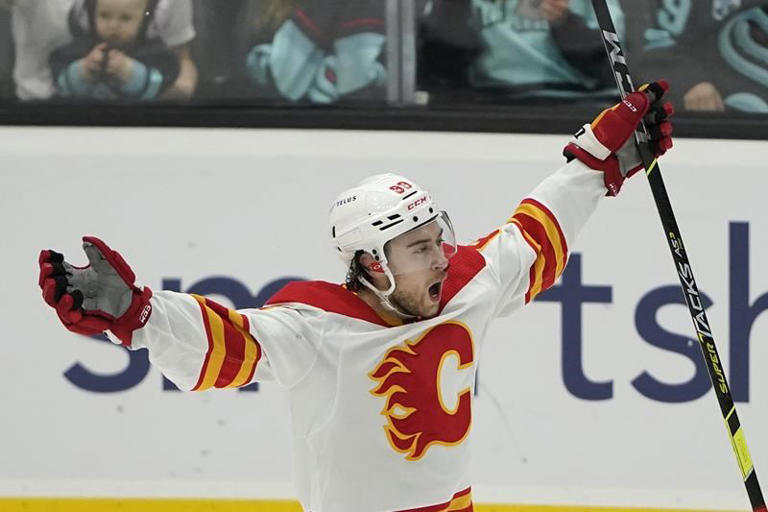 CALGARY — Andrew Mangiapane of the Calgary Flames was rewarded on Monday for setting career highs in goals, assists and points this past season.

The Flames signed the 26-year-old forward to a three-year contract worth $17.4 million.

Mangiapane set career highs in goals (35), assists (20) and points (55) during the 2021-22 NHL season. The winger, who played all 82 regular-season games, finished the season with the fourth-most goals on the Flames and tied for the sixth most road goals in the NHL with 23.

He had three goals and three assists in 12 Stanley Cup playoff games.

Mangiapane was a restricted free agent and avoided a salary arbitration hearing scheduled for Friday. 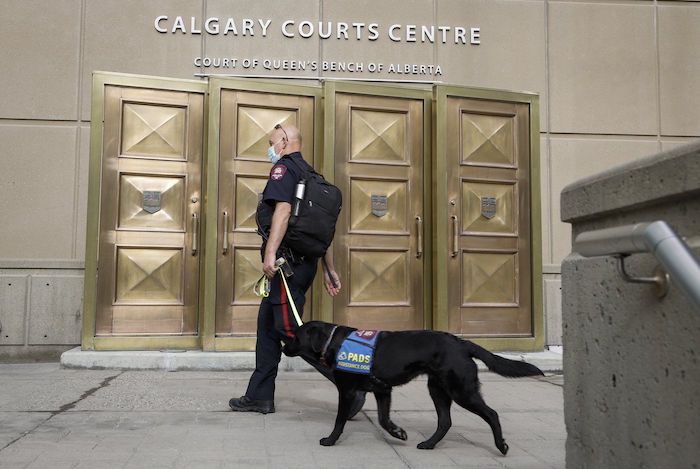 A Calgary judge reserved his decision Tuesday on a sentence for a man who deliberately drove over his wife with a U-Haul van during an argument and left her to die alone on a snow-covered street.

Ronald Candaele was convicted of second-degree murder a year ago in the February 2020 killing of Melissa Rae Blommaert.

Candaele already faces a life sentence but the Crown wants him kept in custody for 18 years before he’s eligible for parole due to his long history of domestic violence.

“He was violent. He was unpredictable. He dismissed court orders put in place to separate him and Ms. Blommaert for her safety. The murder of Ms. Blommaert on Feb. 10, 2020, was not an isolated incident,” said Crown prosecutor Robert Marquette.

“It was part of a long, terrible cycle of domestic violence which culminated in the offender committing the most heinous offence against Ms. Blommaert, taking her life.”

Candaele and his wife had been arguing when she got out of the vehicle in the Bowness neighbourhood of northwest Calgary and her husband got behind the wheel.

As she stormed away, Candaele drove the U-Haul into his wife. After running her over, he turned around and drove past her as she lay dying in the street.

The couple had been evicted from their subsidized housing apartment earlier in the day.

Marquette said Candaele also tried to hide his role in her death. When he was first questioned by police, he denied being with his wife and told officers she was missing, had maybe been kidnapped or committed suicide.

Candaele’s lawyer, Kim Ross, said his client should only have to serve the minimum of 10 years before being eligible for parole, saying the murder was not planned.

Ross said it happened at 4:10 a.m. and occurred in less than two minutes. He called the relationship a tumultuous one.

“This was a spontaneous, impulsive situation,” Ross said. “Two minutes changed the lives of a great many people.”

A victim impact statement from Monique Blommaert, the victim’s cousin, was presented in court.

In it, she said she has been suffering from anxiety and depression and worries the victim’s two children will eventually find out how she died.

“I still have a hard time believing that she’s dead and talk to her as if she’s still here,” said the cousin. “I still can’t believe that she was left to die alone in the street, run over and squished like nothing.”

Justice Blair Nixon has set the sentencing date for Aug. 31 and asked Candaele if he wanted to address the court.

“I’m sorry about the things that have happened. It was out of my control. I never seen her. She wasn’t in front of me at any moment in time,” Candaele sobbed.

“I’m a truthful person, sir, but I never seen her. I feel like this isn’t right. I maintain my innocence and I know God knows the truth. So does Melissa. So do I. I love her with all my heart and I always will.”

This report by The Canadian Press was first published July 26, 2022. 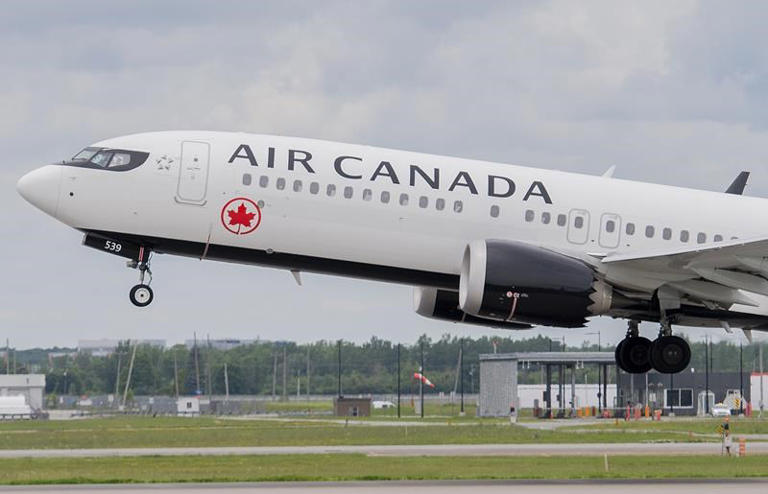