Some additional good news for Red Deer’s downtown core. The former Hudson’s Restaurant in the Stantec Building, located at 4900 50 Street, has leased to a local restauranteur. The lessee is excited to be opening the 6th Pizza Co. restaurant in Canada and the first in Red Deer. Pizza Co. specializes in pizza, wings, burgers and will have 16 craft beers on tap.

“This is a positive move for our downtown”, states Jeremy Makila of RE/MAX Commercial Properties. “We were excited to work with an existing client to find an additional location for him. He owns multiple restaurants in Red Deer, Alberta, BC, and Washington.

In addition to this restaurant, over the past month RE/MAX has been successful in leasing the former Bistro location at 1927 50 Avenue to Cilantro and Chive from Lacombe, for their second location.

More from this author
Arts / 1 year ago

Food and Dining / 2 years ago

From the Craft Beer Commonwealth

NEW GASOLINE ALLEY BREWERY IS A COLLABORATION BETWEEN BREWERS AND FARMERS

Red Deer County’s newest brewery has been built from the ground up to be a truly local, collaborative showcase of the Central Alberta beer scene. A joint venture between Lacombe’s Blindman Brewing, Red Deer County’s Red Hart Brewing, and Penhold’s Red Shed Malting, Craft Beer Commonwealth will be opening in late December in the new Gasoline Alley Farmers’ Market. The ground-breaking partnership between farmers and brewers offers a true farm-to-glass experience for beer lovers who want to support Central Alberta’s agricultural roots.

Craft Beer Commonwealth lives up to its namesake with a focus on cooperation. It will not only feature beers made in its own facility in the year-round famers’ market, but there will be selections from every brewery in Central Alberta on rotation. In fact, Commonwealth’s first beer – Landlock Ale – is a joint effort between each and every Central Alberta brewery, using only ingredients grown within 10 kilometers of Red Deer!

“Local is sometimes a bit of a buzz word, but now more than ever it really means something,” says Daelyn Hamill of Red Shed Malting. “This beer is a cooperative effort between multiple local businesses. It supports the local economy, helps Alberta farmers and is a great beer to celebrate harvest!”

The brand-new recipe redefines the pale ale style with a golden hue and resinous pine flavours evoking Alberta’s fields, parkland, and mountains. “Landlock Ale is Central Alberta’s beer,” says Ben Smithson, General Manager of Commonwealth. “Not only will it be available at the Commonwealth, but it’ll be on tap at all the local breweries.”

Breweries around the world have long been using Central Alberta’s famous malt barley in their recipes for good reason: this is one of the top barley-growing regions on the planet. Recently, Alberta-grown hops have also been making a big impression in the brewing industry. It is no wonder that Central Alberta has more craft breweries per capita than anywhere else in the Province. Craft Beer Commonwealth’s mission is to showcase the region’s growing beer prowess to locals and visitors alike. When the founders heard about the new year-round farmers’ market opening in Gasoline Alley, they knew it was the perfect location for the new brewery.

“Great beer requires great raw ingredients, so you have to keep a close connection to the farming community,” says Hans Doef of Blindman Brewing. “It is so fitting that we are opening in a farmers’ market.”

In fact, Gasoline Alley Farmers’ Market is Alberta Agriculture certified – which means that at minimum 80% of the product in the market must be locally produced. Commonwealth’s hyper-local focus helps the market meet that standard. The first functional brewery within an Alberta farmers’ market, Commonwealth will be joining a number of food vendors in the ‘Market Kitchen’ area which offers a family-friendly dining area, a large patio, and a large event space overlooking the whole market. Commonwealth will eventually be hosting corporate parties, weddings, small concerts, and meetings in that space once COVID restrictions are lifted. For now, the Market Kitchen food and beverage vendors will be open extended hours on Fridays, Saturdays, and Sundays. 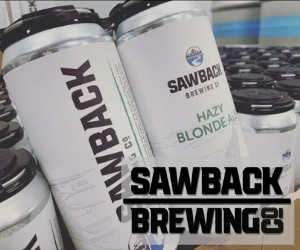 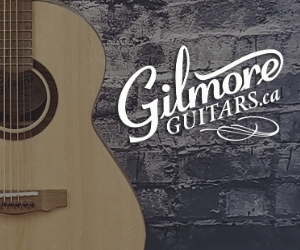