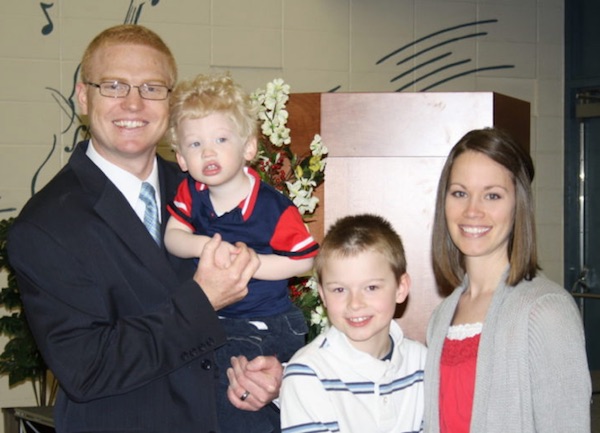 EDMONTON: The Justice Centre today announced that Crown Prosecutors have agreed to withdraw all but one of the Public Health Act offences that Pastor James Coates has been charged with. The Justice Centre expects Pastor Coates will be released from jail in the coming days, without any conditions, pending his May 3-5 trial in Provincial Court.

The Justice Centre will defend Pastor Coates on one remaining charge of violating an Order of the Chief Medical Officer of Health by challenging the lawfulness of the public health order that he is charged with violating.

The Pastor of Grace Life Church near Edmonton has been incarcerated in the Edmonton Remand Centre for a month, since February 16. It is expected that Pastor Coates could be released from jail as early as Friday, March 19.

Grace Life is a church of nearly 400 congregants who have exercised their Charter rights and freedoms normally since July of 2020, including their freedoms of assembly, association, expression, religion and conscience. Not one congregant has been lost to Covid, but, sadly, a congregant was lost to the Alberta Government lockdown in the first week of February when he died prematurely because he couldn’t get the cancer treatment he needed due to government lockdown restrictions.

Pastor Coates and Grace Life Church are represented by the Justice Centre in respect of tickets and court summons. The Pastor and his church have been taken to court by Alberta Health Services (AHS) and ordered to close by AHS for holding regular church services and refusing to turn congregants away.

The Justice Centre sent a letter to Premier Jason Kenney on February 17, 2021, challenging him to assume responsibility for protecting the Charter rights and freedoms of Albertans, and to cease allowing an unelected health official, Dr. Deena Hinshaw, to violate rights and freedoms with health orders that are not reviewed by, or approved by, the elected Members of the Legislative Assembly.

Pastor Coates has been jailed in the Edmonton Remand Centre since February 16, after he refused to sign a bail condition that required him to effectively promise to stop exercising his Charter freedoms of conscience, religion, expression, association and peaceful assembly.

On Sunday, February 7, after the morning worship service, two RCMP officers met with Pastor Coates and a few others in his office at the Church and told Pastor Coates that he was under arrest.

The officers imposed a condition on the Pastor that he only hold church if he followed all the public health restrictions, such as permitting only 15% of his congregants to attend a Sunday morning worship service. Pastor Coates explained to the officers that he could not agree to abide by Charter-violating public health orders that prevent him from fulfilling his duty as a minister to lead his congregation in worship. As Pastor Coates did not agree to the condition imposed on him, RCMP should have taken him before a Justice of the Peace, but they did not and, instead, left the church.

Pastor Coates again held church on Sunday February 14. On Monday, February 15, the RCMP asked Pastor Coates to attend at the RCMP station. When Pastor Coates arrived, the RCMP charged him with multiple Public Health Act offences and a criminal offence related to the bail condition imposed on February 7.

A bail hearing took place on Tuesday, February 16. Crown Prosecutor Karen Thorsrud asked the court to keep Pastor Coates in jail until he could appear for trial. A Justice of the Peace ordered Pastor Coates released on bail on the condition that he only hold church if he followed all the public health restrictions. Pastor Coates could not, in good conscience, agree to such a Charterrights-violating condition of release and was therefore detained at the Edmonton Remand Centre.

The single charge remaining has not been withdrawn, as the Justice Centre and Pastor Coates want the matter heard at trial, to determine the constitutionality of the public health order that churches only hold worship services at 15% capacity, and to compel the government to produce scientific evidence that might support these violations of Charter freedoms. The trial is scheduled to take place beginning on May 3, 2021.

“The condition that Pastor Coates effectively stop doing his job as a pastor by adhering to unscientific and unconstitutional public health restrictions should never have been imposed on him by the RCMP, or by the Court. We are hopeful that he will finally be released from jail without conditions, and can resume pastoring Grace Life church,” states Justice Centre president John Carpay.

“We look forward appearing in court in May and demanding the government provide evidence that public health restrictions that violate the freedoms of religion, peaceful assembly, expression and association are scientific and are justifiable in a free and democratic country,” concludes Carpay.

EDMONTON — The Alberta government has wrapped up its fall sitting, with Premier Jason Kenney’s United Conservatives debating long into the night to pass an election financing bill.

The bill makes multiple changes, including placing a cap on contributions to party nominees and setting a fixed election date in late May.

But critics, including the Opposition NDP and some UCP backbenchers, say the legislation opens the door to wealthy donors bulk-buying memberships — a threat that would allow big money to tip the scales in internal party contests.

NDP critic Thomas Dang says the move props up an embattled Kenney as he faces unrest in the party’s ranks and a leadership review in the spring.

Nixon says UCP bylaws make it clear that people can only buy memberships for themselves or for spouses and young family members.

Alberta’s public health agency is alerting the public about a spike in opioid-related emergency medical calls in the province’s two major cities.

From Nov. 29 to Dec. 5, emergency medical services responded to 140 opioid-related calls in Edmonton and 85 in Calgary.

Alberta Health Services says that is “higher-than-average” and notes it is working with local agencies to understand the circumstances and what immediate supports are needed.

Over the last month, AHS says EMS responded to between 57 and 112 calls a week in Edmonton and between 44 and 58 in Calgary.

They are urging anyone who is using drugs to not use alone, have naloxone on hand and to access available supports, such as supervised drug-use sites, in their area.

Alberta is on track to record its deadliest year on record for drug poisoning deaths with more than 1,000 fatalities between January and August this year.

This report by The Canadian Press was first published Dec. 9, 2021.

Global energy transition could be a $61B opportunity for Alberta, new study finds