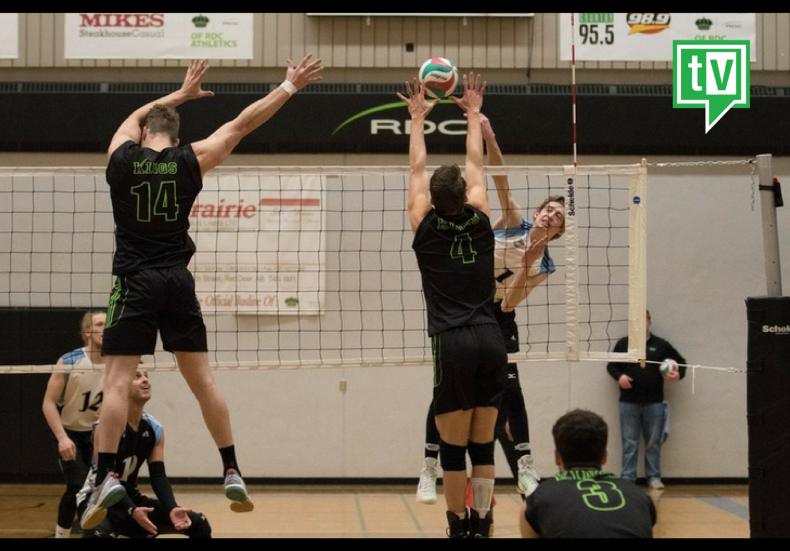 The 2016-2017 Alberta Colleges Athletic Conference (ACAC) Men’s Volleyball Championship is set to get underway on Thursday in the Red Deer College Main Gym. The top 8 ACAC Men’s Volleyball teams will compete for an opportunity to be named conference champions.

Wednesday, these talented student-athletes and coaches gathered in the RDC Arts Centre to recognize and celebrate the 2016-2017 ACAC Men’s Volleyball award winners. The ACAC consistently produces elite athletes and coaches that excel on a provincial and national level.

ACAC North Coach of the Year and Canadian Collegiate Athletic Association (CCAA) Coach of the Year Nominee, Phil Dixon from The King’s University, was caught off guard by his award and nomination and is anticipating an exciting championship.

“It was quite surprising. There are a bunch of great coaches in the north and south” said Dixon. “The CCAA nomination came as a bigger surprise. I’m thankful for this opportunity and I’m looking forward to this week with the guys. There’s going to be some great competition. I’m really looking forward to it.”

ACAC South Coach of the Year, Sean McKay from SAIT, humbly accepted his award amongst a talented pool of coaches.

“There are a ton of great coaches in the south. As a first year coach, it is quite the honour,” said McKay. “I was blessed with a good group of guys, and they make me look good every Friday and Saturday.”

“It has been a great season for our team and it’s really nice to be recognized when you do well. I don’t necessarily take these awards as an individual,” said Helland-Hansen. “I like to recognize my team and it’s a team effort. You can have a bad game and still be successful and I have my team to thank.”

And, looking to the fall of 2018, St-Denis highlights how RDC Athletics will “begin using the Gary W. Harris Canada Games Centre, and our teams will begin training and competing in this state-of-theart facility. We’re excited for the opportunities this will bring, and we’re currently putting the final touches on a bid proposal to host the 2019 CCAA Championships.”

In the immediate future, competition at the ACAC Men’s Volleyball Championship will begin on Thursday in the Red Deer College Main Gym at 1:00 p.m. For a complete schedule of games and results throughout the weekend, visit