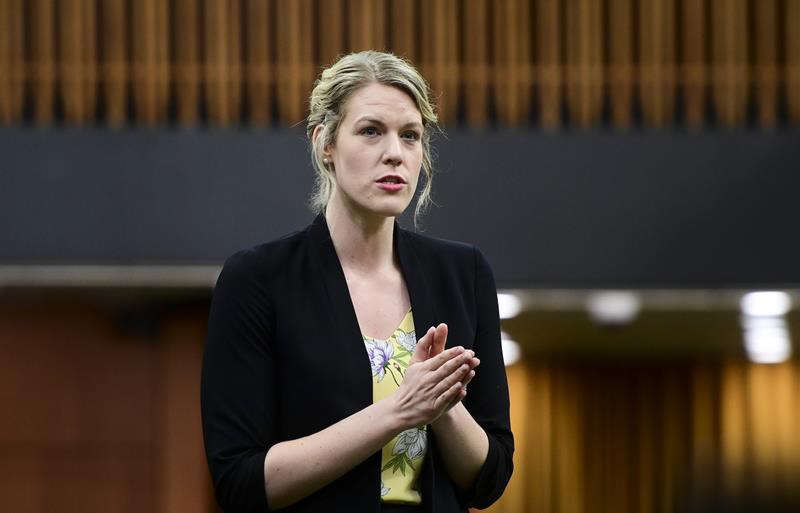 OTTAWA — An attempt by the Trudeau government to speed up controversial legislation to regulate online streaming services brought the House of Commons to a virtual standstill Friday.

The minority Liberal government, with the support of the Bloc Québécois, had hoped to pass a motion to impose time allocation on a Commons committee that has been studying Bill C-10 since February.

But Conservative MPs, who’ve been holding up the bill at committee over fears that it could wind up regulating what Canadians can post on social media, used procedural manoeuvres to prevent the motion being debated or put to a vote.

It was not clear Friday whether the government will try again next week.

Friday’s fracas included Conservative MPs raising repeated points of order over the validity of the motion and accusing Deputy Speaker Alexandra Mendes, a Liberal MP, of not acting impartially in ruling that the motion was “perfectly legitimate.”

The bill would bring global online streaming giants, such as Netflix, Disney Plus and Amazon Prime, under the auspices of the Broadcasting Act, requiring them to promote Canadian content and to financially support Canadian cultural industries, just as traditional broadcasters are required to do.

The bill had initially specifically excluded user-generated content but controversy erupted in April after the Liberals at the Commons heritage committee removed that exemption.

Since then, Conservatives have been on the warpath against the bill, arguing that it is a threat to free speech and would allow the Canadian Radio-television and Telecommunications Commission to regulate music or videos that people post to YouTube or other social media — a charge the government denies.

On Friday, Conservatives argued that the motion to limit committee study of the bill to five more hours was inadmissible, relying on a procedural rule has been used only three times in the past, the last time 20 years ago.

Mendes ruled that it was admissible and attempted to cut off further points of order to allow debate on the motion to begin. But proceedings were repeatedly interrupted by Conservative MPs raising yet more points of order and by those participating virtually talking over the recognized speaker, making it impossible for interpreters to translate the proceedings.

“This is an illegitimate debate,” Conservative MPs said repeatedly.

“It’s astounding that debate is being censored on censorship,” one said.

The time allotted for debate on the motion ran out and, after question period, a vote was required to resume it. Conservative MPs dragged that out as well, with 22 of them saying they’d had technical issues registering their votes electronically. Normally, only a handful of MPs experience such problems.

Conservatives then resumed their points of order on the motion and on Mendes’ earlier attempts to let debate on the motion proceed.

“When I rose in this House and I called point of order, you immediately rolled your eyes at me,” Harder complained, calling Mendes’ conduct “incredibly disrespectful and a disregard for democracy.”

Harder invited Mendes to “take the next steps forward.” She did not explain what she meant by that.

This report by The Canadian Press was first published June 4, 2021.