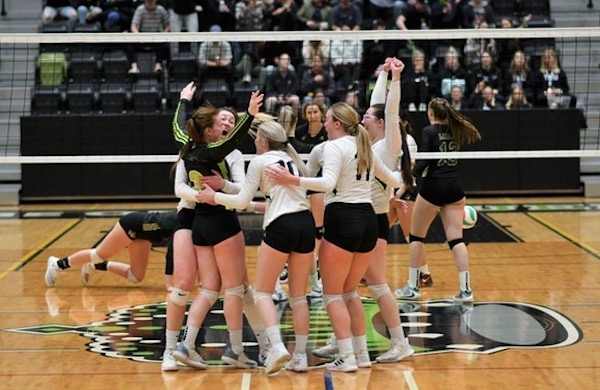 “I’ve always wanted to win a provincial title,” said Tess Pearman, a Bachelor of Education Elementary student. “The last regular season we had, we came so close. Coming into this year, that was our goal the whole season.”

“When you get down to the last match of the year between two first place teams in the league, it’s going to be a battle,” said Chris Wandler, Red Deer Polytechnic Queens Volleyball Interim Head Coach. “From the end of our last regular season match when we went five [sets] against Lethbridge and they battled us in the quarter-final, and again last night, that prepared us for this atmosphere.”

In a close first set, a stuff block from outside hitter Pearman bumped the RDP Queens ahead 11-10. Lakeland’s Jenay Varga kept her team close. With her fifth kill, the outside hitter had the Rustlers even 22-22. Ultimately, a dump ball from RDP setter Emma Letkeman sealed a 25-23 decision.

With a trio of serves from middle Sydney Rix, the RDP Queens captured a 9-4 edge in the third set. RDP’s Vanessa Loos entered the match and had an ace, which pushed the Queens ahead by nine (18-9).

“In a tough situation, we executed at a high level when we needed to and that was the key piece,” added Wandler. “It shows the experience and tenacity that this group has.”

The home team maintained that momentum and a late kill by Jaiden Ferguson, her ninth, helped the Polytechnic pick up a 25-14 victory.

“Fergie had a hot hand last match, so she deserved the start,” said Wandler. “She got off to a little rocky start, but she persevered through that. She just needed to chip in where she could.”

Lakeland’s Avery Bates lifted her team to an early 5-3 margin in the fourth set with her seventh kill. The Queens started to climb back into the frame. RDP went up 14-10 off Pearman’s 12th kill from the left. The Polytechnic continued to push and solidified a 25-20 win, earning ACAC gold.

“To win this championship and to win it at home … I couldn’t ask for anything better,” said Pearman.

Ferguson contributed 13 kills for the Queens.

North Star Sports Queens Player of the Game Pearman totaled 13 kills, 10 digs, one block, one assist and one of the team’s 10 service aces.

“When we needed a big kill, Tess got it,” said Wandler. “That just gave everyone a spark.”

When Pearman went up to accept her top player award, she insisted that Domoney join her.

“Kaylee, player of the game, for sure,” added Pearman. “She saves our butt every game and she holds our team together. She is an amazing player and deserves the recognition.”

Libero Kaylee Domoney was outstanding and picked up 17 digs.

“We haven’t played defence like that all year, mainly because we executed offensively so well. When you match up in championship time versus three defending teams, you have to match them dig for dig,” explained Wandler. “Our back row did a phenomenal job. Kaylee is our rock and everything we do is based upon her.”

Rustlers Player of the Match Laing accumulated 35 assists and four digs. Teammate Varga had 18 kills, 10 digs and three of the Rustlers’ six aces. Yole added nine kills and Bates chipped in with eight.

“We had to earn this spot and that gives us a sense of pride to represent our conference – the best conference in the country,” said Wandler of the team’s trip to nationals. “It means a lot to represent those other 13 colleges in Charlottetown.”

“Our game against TKU really helped us. That was probably the hardest game I’ve ever played in my entire life – mentally draining and being down and able to come back set us up well for today,” said Pearman. “No more easy games. We have to fight for every point.” 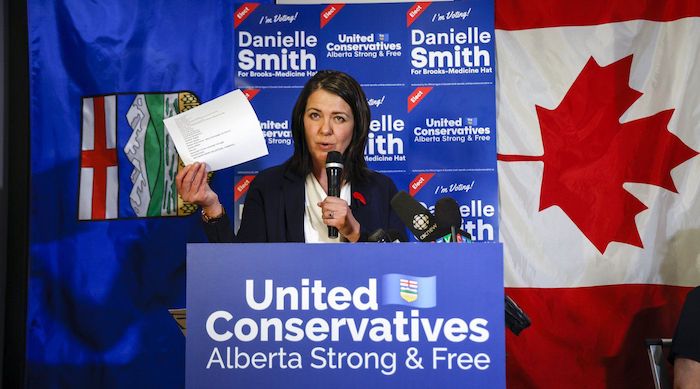 OTTAWA — Haven’t you herd? A dramatic tale of 20 escaped cows, nine cowboys and a drone recently unfolded in St-Sévère, Que., and it behooved a Canadian senator to milk it for all it was worth.

Prompting priceless reactions of surprise from her colleagues, Sen. Julie Miville-Dechêne recounted the story of the bovine fugitives in the Senate chamber this week — and attempted to make a moo-ving point about politics.

“Honourable senators, usually, when we do tributes here, it is to recognize the achievements of our fellow citizens,” Miville-Dechêne began in French, having chosen to wear a white blouse with black spots for the occasion.

“However, today, I want to express my amused admiration for a remarkably determined herd of cows.”

On a day when senators paid tribute to a late Alberta pastor, the crash of a luxury steamer off the coast of Newfoundland in 1918 and environmental negotiators at the recent climate talks in Egypt, senators seated near Miville-Dechêne seemed udderly taken aback by the lighter fare — but there are no reports that they had beef with what she was saying.

Miville-Dechêne’s storytelling touched on the highlights of the cows’ evasion of authorities after a summer jailbreak — from their wont to jump fences like deer to a local official’s entreaty that she would not go running after cattle in a dress and high heels.

The climax of her narrative came as nine cowboys — eight on horseback, one with a drone — arrived from the western festival in nearby St-Tite, Que., north of Trois-Rivières, and nearly nabbed the vagabonds before they fled through a cornfield.

“They are still on the run, hiding in the woods by day and grazing by night,” said Miville-Dechêne, with a note of pride and perhaps a hint of fromage.

She neglected to mention the reported costs of the twilight vandalism, which locals say has cost at least $20,000.

But Miville-Dechêne did save some of her praise for the humans in the story, congratulating the municipal general manager, Marie-Andrée Cadorette, for her “dogged determination,” and commending the would-be wranglers for stepping up when every government department and police force in Quebec said there was nothing they could do.

“There is a political lesson in there somewhere,” said the former journalist.

Miville-Dechêne ended on what could perhaps be interpreted as a butchered metaphor about non-partisanship: “Finally, I would like to confess my unbridled admiration for these cows that have found freedom and are still out there, frolicking about. While we overcomplicate things, these cows are learning to jump fences.” 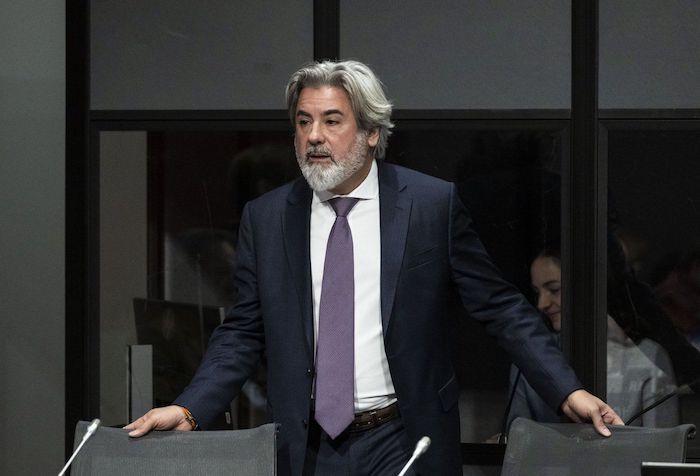