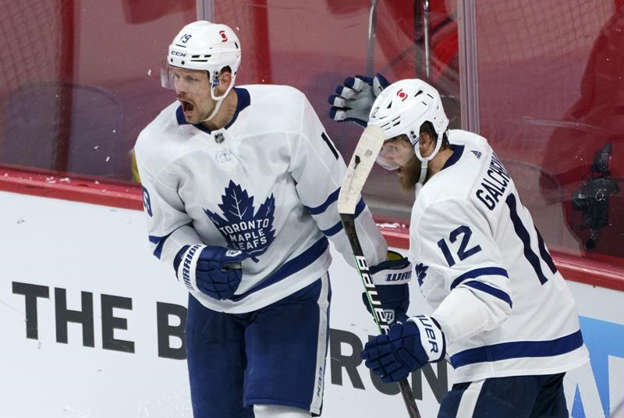 TORONTO — Jason Spezza will once again be sporting blue and white next season.

The Toronto Maple Leafs announced Wednesday the 38-year-old forward has re-signed with his hometown team at the league minimum US$750,000 for the 2021-22 campaign.

Spezza registered 10 goals and 20 assists in 54 contests for Toronto during the pandemic-shortened 2020-21 season before adding five points in the Leafs’ stunning first-round playoff loss to the Montreal Canadiens.

The two-time all-star will be suiting up for the Leafs at the league minimum for a third straight season. According to the website capfriendly.com, Spezza has earned more than $89 million in his career.

The Leafs need bargain contracts in their bottom-6 forward group with nearly half the team’s wage bill — the NHL salary cap will sit at $81.5 million for the foreseeable future because of the COVID-19 pandemic — earmarked for Auston Matthews, John Tavares, Mitch Marner and William Nylander.

Toronto, which has not won a playoff series since 2004 and the Stanley Cup since 1967, led Montreal 3-1 in the first round of this year’s post-season before the underdog Canadiens won three straight to advance in the North Division.

This report by The Canadian Press was first published June 16, 2021