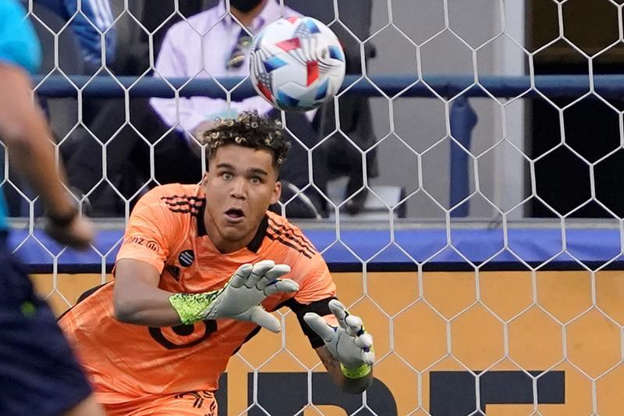 BRADENTON, Fla. — Canada made short work of Aruba on Saturday night, rolling to a 7-0 victory to set the stage for a showdown with Suriname on Tuesday.

Herdman essentially fielded a Canadian split-squad against No. 205 Aruba with Alphonso Davies, Jonathan David, Cyle Larin and Milan Borjan kept out of the starting 11 although Davies, David and Larin contributed late goals off the bench.

Lucas Cavallini scored twice and Junior Hoilett and Zachary Brault-Guillard added singles for Canada, which led 3-0 at the half at the IMG Academy.

A win or tie against No. 136 Suriname in Bridgeview, Ill., and the 70th-ranked Canadian men will advance to the second round of qualifying in CONCACAF, which covers North and Central America and the Caribbean. The Group B winner moves on to a playoff against the Group E winner — likely No. 83 Haiti or No. 147 Nicaragua, in a home-and-away playoff June 12 and 15 — to determine who advances to the eight-team final round of CONCACAF qualifying.

Canada has not qualified for the final qualifying round since 1996-97 ahead of the 1998 World Cup in France. The Canadians finished sixth and last in that final round with a 1-6-3 record.

Suriname, bolstered by an influx of mostly Dutch talent with Suriname roots, will be a tougher nut to crack than Canada’s previous opposition. But while Canada and Suriname both sport perfect 3-0-0 records, Canada has the edge in goal difference and will advance with a tie or a win.

“This a good team. We’re going to have to be on our A game,” said Herdman.

Given the short turnaround between matches and Aruba’s minnow status in CONCACAF, Herdman essentially prepared two different teams for the Aruba and Suriname games.

Bayern Munich’s Davies and Lille’s David came on in the 66th minute, with Canada up 4-0.

David and Davies combined in the 78th minute with the 21-year-old David playing provider, sending the ball to the 20-year-old Davies whose hard shot from a tight angle went off a defender en route to the goal. It was Davies’ eighth goal in 20 games for Canada.

Besiktas’ Larin, who entered in the 72nd minute, finished off a David feed in the 87th for his 13th Canada goal to make it 6-0 after a turnover by Aruba goalkeeper Eric Abdul. David then scored himself two minutes later, dancing through the Aruba defence before slotting home a left-footed shot. It was David’s 12th goal in 13 games for Canada.

Canada has outscored its opposition 23-1 in its three World Cup qualifiers to date, albeit against teams in the lower echelon of CONCACAF. The Canadians beat No. 186 Bermuda 5-1 and the 194th-ranked Cayman Islands 11-0.

Canada’s starting 11 came into the match with a total of 110 caps with 48 of those coming from Hoilett and Cavallini. Goalkeeper Dayne St. Clair and fullback/winger Tajon Buchanan both made their senior debuts.

Buchanan was a danger all night with Canada also getting fine performances in the midfield from Mark-Anthony Kaye and David Wotherspoon.

“We’ve got some good players in good rhythm,” said Herdman. “That gives me a lot of option either to start the game or finish the game against Suriname.”

St. Clair was a virtual spectator for much of the match. Canada had 65 per cent possession, had 11 corners to Aruba’s none and outshot Aruba 23-0 (13-0 in shots on target).

Hoilett, who wore the captain’s armband on his 31st birthday, went down in the 32nd minute and was replaced by Brault-Guillard, who was part of the 11-man taxi squad Herdman called into camp to bolster his original 24-man roster. Cavallini took over as skipper, yielding the armband to Larin when he went off.

Canada had never played Aruba before at the international ‘A’ level.

Saturday’s match was officially an Aruba home game but was moved to Florida due to pandemic-related travel restrictions. Canada’s game against Suriname is a Canadian home match but will be played in Bridgeview, Ill., for the same reasons.

The Canadians started slowly but gradually found their rhythm and scoring touch against an Aruba side that became swamped when the stars came on late in the game.

The breakthrough came in the 17th minute with Cavallini’s header beating Abdul off a fine cross from Kaye.

Three minutes later, Hoilett converted a penalty kick after Marlon Perreira, unable to get out of the way of a Liam Millar shot, was called for handball.

Cavallini made it 3-0 in first-half stoppage time, tapping home a fine low cross from Buchanan. It was his 16th goal in 20 games for Canada, tying him with Alex Bunbury for fifth on the Canadian men’s all-time scoring list.

Cavallini, who plays for the Vancouver Whitecaps, has five goals in his last two games for Canada.

Brault-Guillard made it 4-0 in the 49th minute, opening his scoring account for Canada with a highlight-reel goal. The CF Montreal fullback turned a defender in the penalty box and hammered a high shot home.

“What a cracker,” said Herdman. “The bench went absolutely nuts.”

This report by The Canadian Press was first published June 5, 2021