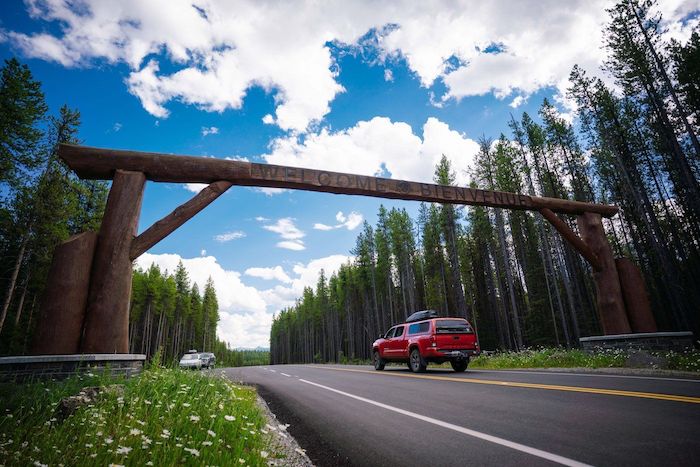 Parks Canada has announced money to improve safety and experiences for visitors to four mountain national parks in Alberta and British Columbia.

The $71 million in federal funding for Banff, Jasper, Yoho and Kootenay national parks includes upgrades to critical infrastructure, such as Parks Canada dispatch for emergency calls, as well as to several roadways and bridges.

It also includes improvements in the community of Lake Louise, Alta.

The hamlet has been one of the busiest areas in Banff National Park, which gets about four million visitors annually.

The projects in Lake Louise include sewer and water upgrades and a redesign of Lake Louise Drive, which sees about a million vehicles each year.

Some of the money will also be used to add passing lanes and wider shoulders on Highway 93 South through Kootenay National Park in B.C. and to improve Highway 93 North, also known as the Icefields Parkway, between Banff and Jasper in Alberta.

Parks Canada said the money is part of $557 million in recently announced funding over three years to ensure continuation of infrastructure projects and maintenance work in the national parks.

Trudeau mum on sending tanks to Ukraine as Poland pushes ahead

Alberta government contracts out thousands of hip and knee surgeries

More from this author
Health / 3 hours ago

From the Free Alberta Strategy Team

Here is the key quote from Mr. Ascah:

“The Free Alberta Strategy, however, purports to allow Alberta to incorporate and regulate banks, which is clearly unconstitutional. There’s no mention that this proposal is beyond the powers of the provincial legislature.”

Credit unions, for example, offer “banking” services, while not being “chartered banks” that are federally regulated.

This definition, while technical, is the crux of the issue.

And while we admit that this is very technical, when you’re talking about writing laws, technicalities matter a lot.

To be clear, here is the exact proposal from the Free Alberta Strategy report itself:

2. Promoting private ownership of these new financial institutions; and

3. Mandating that all provincially regulated financial institutions and credit unions (including ATB) remain compliant with the Alberta Sovereignty Act as it relates to the non-enforcement of federal laws and court decisions deemed to infringe unduly on Alberta’s provincial jurisdiction.

You will note, very clearly, that this proposal in our Free Alberta Strategy report talks about “provincially regulated financial institutions” not “chartered banks”.

This is exactly why our Free Alberta Strategy report suggests modelling any new “banks” in Alberta on ATB Financial (previously known as Alberta Treasury Branches), which is a long-standing Alberta financial institution.

Just as Alberta’s credit unions are not “chartered banks” and so are not federally regulated, ATB Financial is not a “chartered bank”, and so it is not regulated by the federal government.

This is precisely what the Free Alberta Strategy report proposes – an increase in the number of provincially regulated financial institutions in Alberta.

We can clearly see then that, despite the claim by Mr. Ascah that provincial regulation of banking is unconstitutional, the mere existence of ATB is proof that our proposal is, in fact, constitutional.

The remainder of Mr. Ascah’s article goes on to argue that if Alberta unconstitutionally incorporated its own new “chartered banks”, the federal government would cut those banks off from being able to transfer funds to other banks in Canada, making them impractical for the public to use.

Maybe it’s true that the federal government would cut off any unauthorized provincial “chartered banks” from payment mechanisms.

But, given no one is proposing Alberta incorporate its own new “chartered banks”, this entire second half of the article is an irrelevant straw man argument.

And, in case you haven’t noticed, ATB has not been cut off from being able to transfer funds to other banks by the federal government, because – shock – the existence of ATB is perfectly constitutional.

The real question then, is whether or not the first half of Mr. Ascah’s article, where he claims we are proposing to do something unconstitutional, is simply a misunderstanding, or a deliberately misleading diatribe.

Either way, such a fundamental error really makes you wonder why the Parkland Institute would allow the article to be published at all!

Are Parkland Institute staff no longer expected to read the thing they are publicly criticizing anymore?

Are The Conversation editors no longer expected to check whether their authors have their facts straight?

Perhaps the oddest part of this whole situation is that the Parkland Institute, where Mr. Ascah works, has previously written about the benefits of having an Alberta-based, Alberta-regulated financial institution!

They did so in a report that goes into detail explaining the difference between federally regulated chartered banks and provincially regulated financial institutions!

Even stranger still – which Parkland Institute researcher do you think it was who wrote this report?

Yes, you guessed it, it was Robert L. Ascah!

Once upon a time, Mr. Ascah worked at Alberta Treasury, the government department that is responsible for regulating ATB.

Then, after he worked at Alberta Treasury, Mr. Ascah went to work at ATB itself, where he was responsible for government relations, strategic planning, and economic research.

We must either believe, then:

Or, we must believe:

How could it possibly be beneficial for Mr. Ascah to pretend that this idea is unconstitutional all of a sudden, I hear you ask?

Well, the answer to that question is actually the least confusing part of his article.

Contained right at the bottom of the article, under “Disclosure statement” (and conveniently excluded from most re-publications of the piece by the media) are 9 little words:

Of course, affiliated with is a little bit of an understatement in this case.

Mr. Ascah has donated thousands of dollars to the Alberta NDP for many years, while several of his Parkland Institute colleagues are actually running as Alberta NDP candidates in the 2023 Alberta election!

Now, as a non-partisan organization, we generally try to avoid pointing out the political affiliations of individual people.

As an organization, we base our support for ideas on whether the ideas are good or not, rather than on who is proposing them.

As to why the federal government would want to fund researchers to write propaganda for them, and fund media outlets to publish it for them, we’ll leave that one to you to answer!

In the end, this is exactly why we need more independent research and independent distribution of ideas in our society.

That’s why we never accept any money or resources from any government, regardless of political stripe.

But that’s also why we need your help.

We need your help so that we can continue to do research and analysis on ways in which Alberta can fight back, such as the Sovereignty Act.

We need your help to further our work to protect Alberta’s interests from a hostile and divisive federal government in Ottawa.

We need your help to grow our supporter, activist, and volunteer network across our great province.

We need your help to share our work with like-minded friends and family in order to get the word out to as many members of the public as possible. 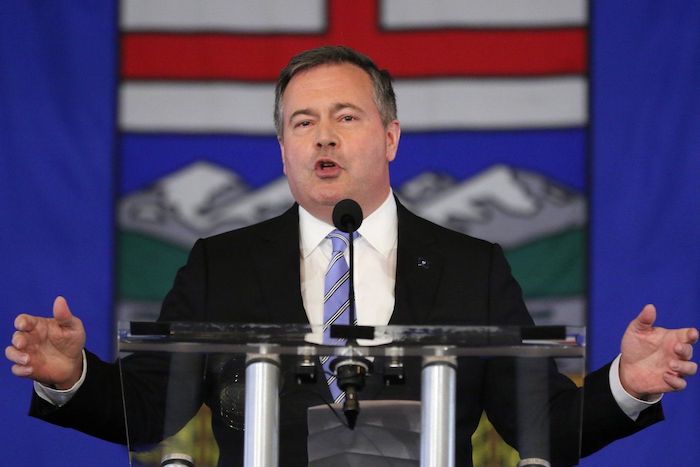 Jason Kenney, more than three months after stepping down as Alberta’s premier, has landed a new role as a Calgary-based adviser in law firm Bennett Jones.

Kenney, who is also a former federal cabinet minister, will work in the public policy group.

Kenney says on Twitter he looks forward to the new job and that his work won’t include lobbying the provincial government or its agencies.

He says Alberta’s ethics commissioner has signed off on his new role and Kenney says he won’t be accepting any other jobs without first checking with the commissioner.

Kenney announced last May he was stepping down as premier following a lukewarm 51 per cent vote of support in a United Conservative Party leadership review.

Kenney was instrumental in creating the UCP in a merger with his Progressive Conservatives and the Wildrose Party, but he fell out of favour with many in the combined party over COVID-19 restrictions and what was seen as a top-down management style.

It was a not an amicable departure.

Kenney publicly clashed with his eventual successor, Premier Danielle Smith, over her plan to introduce sovereignty legislation to challenge what she considers federal intrusions into provincial areas of constitutional authority.

Kenney challenged the legality and economic effect of such a bill, and resigned as a legislature member on the day Smith’s sovereignty act was introduced last November.

Bennett Jones, with offices across Canada and in New York, said Kenney will provide advice on attracting investment in Canada’s energy sector and with Indigenous communities.

“I’m thrilled to be joining this iconic firm, which has both deep Alberta roots and a major national presence,” said Kenney in a statement Wednesday.

“Bennett Jones’ Public Policy group has the greatest policy depth of any Canadian law firm, and I look forward to working with several former colleagues from both senior elected and public service roles.”

This report by The Canadian Press was first published Feb. 1, 2023